The whole country is not in the grip of Hindutva, says Salman Khurshid 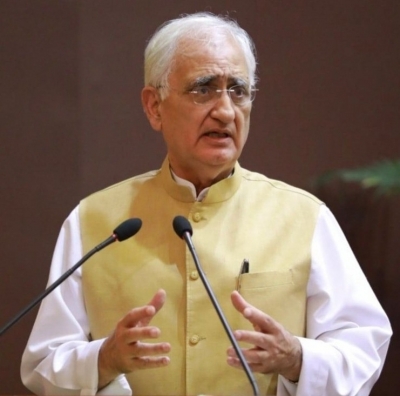 New Delhi: While the BJP is believed to have scored electoral successes on the plank of ‘Hindutva’, senior Congress leader Salman Khurshid disputed the perception, saying that the whole country has not come under the grip of ‘Hindutva’.

Salman Khurshid said, “It is not an issue which I can explain in a few words. I am not ready to accept that the whole country has come under the control of Hindutva. As per the figures or my understanding this has not happened, however, a good number of people have definitely stood with them and brought them to the power.”

“When a government comes with a new political thought, people also take advantage of it. Some have gone to the BJP due to grudge against the Congress, but it is not permanent,” he stated.

He further said, “If we can’t put our points of view properly, definitely others’ point of view will prevail. It does not mean that we have nothing to say. We should tell our story for sure and it should be told in the right way. We will definitely bring India back on the path on which it walked after Independence.”

On the issues of Assembly elections due in Chhattisgarh, MP and Rajasthan, Khurshid said, “After Chintan Shivir in Udaipur, new appointments are being made in the party, work is being done to strengthen the organisation. Work is also going on to form teams for upcoming elections. Our media department is also being strengthened. Its result will be seen in the time to come.”

The BJP is using bulldozers, will it affect the Congress politically? To this question, he said, “If someone commits a crime, the punishment for that crime may be the same as under the law, you can’t decide what punishment will be given. People have been building houses for 50 years, now they are finding out which house is legal and which is not. There should be a discussion in the Parliament on the legality of the bulldozer action. Right now people are so scared that they are not even talking about this issue openly.”

On Gyanvapi issue he said that, “Whatever should be done under the law, it should be done according to the law and there is a law on it. Now the court has to decide what to do under the 1991 Places of Worship Act.IANS