Only reason I would go back to Partition is for healing: Filmmaker Bani Singh 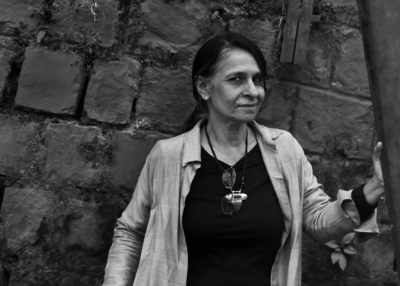 New Delhi, Dec 3 (IANS) Her father, Nandy Singh, was a member of the hockey team that won Indias first gold at the 1948 London Olympics.

In 2010, the ace sportsman suffered a stroke that paralysed his right side. That is the time when his daughter, filmmaker Bani Singh, conceived the feature documentary �Taang’ (Longing). After all, whenever she would talk to him about those days of glory, his body would relax, and a new enthusiasm would be seen.

“The film started as a very personal story with my father. Frankly, at that point, I thought it would stay as a conversation between us. However, this story assumed much importance for the entire sub-continent considering the fact how we talk history,” she tells IANS.

The Olympic medal in the film became a backdrop to something much bigger — camaraderie, friendship and roots.

Released earlier this year, the film has already won awards for the best documentary at the 2022 New York Indian Film Festival and best film at Film South Asia 2022, Kathmandu.

In the film, Bani takes a voyage to Delhi, Kolkata, Mumbai and finally Lahore in order to meet Nandy’s old friends and connect with them in both India and Pakistan, basically hockey mates who were once in the same team before the land was partitioned.

“The travels gave me a chance to connect with my family’s roots and also uncover the traumatic memories of the Partition my father’s generation was condemned to live with,” says Singh on the sidelines of the recently-concluded Dharamsala International Film Festival (DIFF) that was back in its physical avatar after two years.

This Bengaluru-based designer, a pass-out from the National Institute of Design (NID), knows Punjab and its ethos well. She in fact worked on the prestigious Virasat-e-Khalsa museum in Anandpur Sahib.

Talking about her visit to Pakistan, she says that what she really wanted to find out which were the elements that refused to be divided.

“Who could draw the line between love and friendship?”

Adding that there are innumerable stories of hope even in the most catastrophic tragedy the subcontinent witnessed, Bani says, “When we explore those tales, new narratives emerge. The ones that will override the ones imposed by the establishments on both sides. And we desperately need those narratives, the tales of hope.”

While much work has been done on the Partition in terms of literature, cinema and oral history, Bani feels it is extremely important to revisit it.

She says she would do that for healing and talking about other communities.

“How does one open up a very difficult conversation? This has always been on my mind. This film has been difficult for me as well. My father was very vulnerable when I was shooting this film but he allowed me to go ahead. And this is a movie that an Indian and Pakistani can watch together. I got six days in Lahore. It was a beautiful experience — I was treated with so much warmth,” she concludes.

Patna: A case has been filed against RSS chief Mohan Bhagwat in a court in Bihar's Muzaffarpur district over his remark that "pundits divided society for their own benefits". Sudhir Kumar...

‘Find it difficult to write’: Salman Rushdie speaks out after attack

London, Feb 6 (IANS) Months after a near-lethal attack that left him debilitated and without vision in one eye, Sir Salman Rushdie says that he is "lucky" and has been told...

70% of Mongolian territory covered by snow

Ulan Bator, Feb 6 (IANS) About 70 per cent of the Mongolian territory has been covered with snow of up to 60 cm in thickness, local media reported on Monday. The...

326 killed in Syria after quake

Designate India as ‘country of particular concern’: US panel on religious freedom