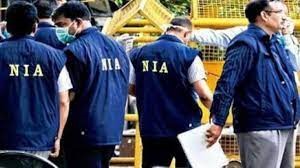 New Delhi:  The National Investigation Agency (NIA) on Sunday said that they have filed a supplementary charge sheet in a case pertaining to an attack on former MLA, Gurucharan Nayak by CPI-Maoist) at Project +2, High School Jhilrua on January 4, which left two policemen dead.

The charge sheet was filed in a special NIA Court in Ranchi.

The case was initially registered at the police station Goilkera in West Singhbhum district and later on the probe was taken over by the NIA.

“Investigations have revealed that the accused persons are members of CPI-Maoist and they participated in meetings in which a conspiracy was hatched to target former MLA Gurucharan Nayak.

“They also participated in the crime which resulted in injury and death of police personnel and looting of arms and ammunition. Investigations also brought out that the accused persons were involved in recruitment of members for the commission of terrorist acts and organised Training Camps for carrying out terrorist activities,” the NIA has said in the charge sheet.

Further investigations in the matter are on.
N.Korean leader calls for ‘exponential’ increase in nuclear arsenal
North Korean leader Kim Jong-un stressed the need to “exponentially” increase the number of the country’s nuclear arsenal and develop a new intercontinental ballistic missile (ICBM) in the new year, Pyongyang’s state media reported on Sunday.
IANS