What about upper castes’ vote-bank politics? 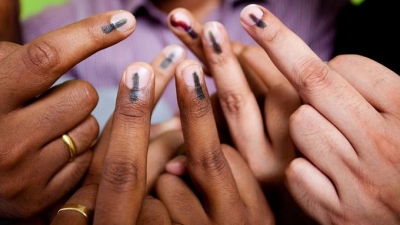 After the dust has settled and political pundits have almost concluded the post mortem of the Assembly elections it is time to coolly examine the voting trends of those sections of the society which have been overlooked by the media. There is a general tendency to focus the attention largely on the political affiliation of Dalits, Other Backward Castes as well as minorities, but there are some more significant social groups which deserve discussion.

Barring Jats, no deeper analysis was made by independent observers over the voting pattern of Brahmins, Thakurs or Rajputs, Tyagis, Bhumihars, Kayasthas, or various trading communities, especially in Uttar Pradesh, Uttarakhand and Punjab. This is so notwithstanding the fact that these social groups are much more influential and have the capability to create impact outside their own castes.

If Jat factor was discussed it was just because they were in the forefront of the year long farmers’ movement. But is it only Jats who are the land-owning caste in north India. What about the landed upper castes? Were they not affected by the agriculture policy of the Narendra Modi government? If Jats have a good population in Punjab and west Uttar Pradesh Brahmins have a sizeable presence in the Purvanchal region of the latter.

Many secular analysts were dismayed that the Bharatiya Janata Party returned to power in UP and even Uttarakhand because the OBCs and Dalits did not desert the saffron party in the way they were expected to do.

But hardly anyone asked as to why more Brahmins and Thakurs or Rajputs of UP voted for the BJP? As per the study 89 per cent Brahmins and 87 per cent Thakurs threw their lot behind the BJP. In 2017 the figure was 83 per cent and 70 per cent respectively.

Uttarakhand’s example is even more glaring as by all accounts the performance of the BJP government was poor. That is why the state had three chief ministers in 2021. The third one Pushkar Singh Dhami lost from his own constituency and that too even without the opposition, Congress, making any big efforts as the BJP made to defeat Mamata Banerjee in Nandigram last year.

The fact is that Uttarakhand–along with Himachal Pradesh—is a rare state where almost half of the population come from the upper castes–Brahmins and Thakurs.

If the Brahmins were really displeased with the Yogi government because of its alleged proclivity towards Thakurs –as many journalists reported during the campaign period–then what prevented them from voting for Akhilesh Singh Yadav, who unlike his father, Mulayam Singh Yadav, does not have hard-nosed pro-backward
stand. No doubt, this time he tried to rope in several OBCs and Dalits but it is also a fact that he made overtures to the Brahmins as well.

They might have some genuine reason behind not voting for a weak Congress, which does not have any chief ministerial candidate. If a good proportion of Brahmins sided with the Mayawati-led Bahujan Samaj Party
in the 2007 Assembly election in UP, they could have voted for the Samajwadi Party this time. But this did not happen. Why? This question remained largely unexplained. May be it is love for Narendra Modi or Yogi Adityanath which prompted Brahmins, said to be the largest caste in UP after Dalits and Yadavs, to vote for
the BJP.

Or it may be that Yadavs and Brahmins have not good equation at the lower rung of the society. Perhaps Brahmins know that it is easy to control Dalits, but not Yadavs, who dominate the Samajwadi Party. Incidentally 52 Brahmins and 49 Rajputs became MLAs this time. This was possible because they reposed faith on the saffron party as most of these legislators got elected on its ticket. In all 46 Brahmins and 43 Thakurs are now BJP MLAs. The total number of Yadavs who won is only 27–24 of SP and three of the BJP. This is notwithstanding the fact that numerically Yadavs are much stronger than these two upper castes.

This scenario is somewhat similar to the Assembly poll held in Bihar in October-November 2020. Only nine per cent Rajputs and 19 per cent Bhumihars, the two strong upper castes of the state voted for the Grand Alliance of the Rashtriya Janata Dal, Congress and Left parties.

An objective analysis of the election results in these two crucial cow-belt states suggests that it is not only some backward castes, especially Yadavs, which have not come out of the Mandal mindset but the upper castes too have not gone far away from the Mandal-Mandir politics of the BJP. They have become its pocket boroughs. – INDIA NEWS STREAM