Searches underway in Kashmir over terror threats to local journos 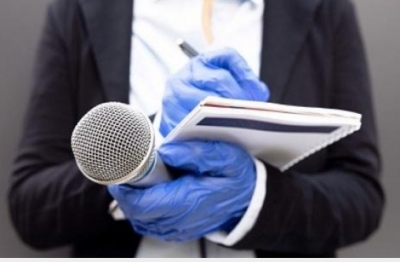 Srinagar:  The Jammu and Kashmir Police on Saturday conducted searches at 10 locations in Srinagar, Kulgam and Anantnag districts in connection with the terror threats against local journalists,

“Massive searches in connection with investigation of case related to recent threat to journalists started by Police at 10 locations in Srinagar, Anantnag and Kulgam,” the police said in a tweet.

After resignations by five Kashmiri journalists over the anonymous online threats to over a dozen of them, the police have lodged an FIR under UAPA (Unlawful activities Prevention Act).

Recently, a list of over a dozen journalists were made public who were accused of working for security agencies.

The names on the list included two editors of local newspapers.

The development has been condemned by the Editors Guild of India.IANS

New Delhi, Dec 3 (IANS) Chief of Naval Staff, Admiral R. Hari Kumar, said on Saturday that the Indian Navy has assured the government that it will become 'Aatmanirbhar' (self-reliant) by...

New Delhi: National Security Advisor Ajit Doval said that cross-border terrorism and IS-inspired terrorism continued to be a threat to India and Indonesia. He shared his views on the role of...

Mumbai: Today, 14 years have passed since the dastardly Mumbai terror strikes by 10 Pakistani gunmen for 60 hours on November 26, 2008, but the report of a high-powered probe...

Probe against ‘fake recruit’ being deployed in army

Meerut:  An internal probe has been ordered into an alleged security breach at the 108 Infantry Battalion TA (Territorial Army) 'Mahar' in Pathankot 272 Transit Camp, where a fake...

1971 was not military but political failure: Pak Army Chief

Rawalpindi: Pakistan Chief of Army Staff (COAS) General Qamar Javed Bajwa on Wednesday said that East Pakistan debacle was political failure not a military one, the media reported on Wednesday....

What makes a good chef