Varanasi: The government on Saturday upgraded the status of the Institute of Medical Sciences – Banaras Hindu University (IMS-BHU) to the level of AIIMS, entitling it to get funding and other facilities from the Central government.

“It is a historic moment and a dream that has become reality today. The hard work was put for the last two years and our Prime Minister Narendra Modi has given the biggest gift to the great university,” HRD Minister Prakash Javadekar said, according to a statement.

“I am sure that the institute will come up as world-class medical institute, getting inspiration from none other than Bharat Ratna Mahamana Pandit Madan Mohan Malaviya,” he added.

The Minister also said that the institution will get 700 additional beds and super-speciality health facilities.

He emphsised that “the institute will not face any financial problems” in its becoming AIIMS-like or even better.

Health Minister J.P. Nadda said the institute has the “potential” to emerge as world-class institute, which will cater to one-sixth of the Indian population from the eastern Uttar Pradesh and parts of Bihar, Jharkhand, Chhattisgarh and Madhya Pradesh. (IANS) 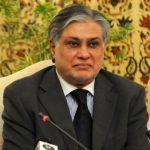 Challenges to AI adoption may pose risk to business: Microsoft