Country fighting a war of ideologies with enemy: Rathore says on Kargil Diwas 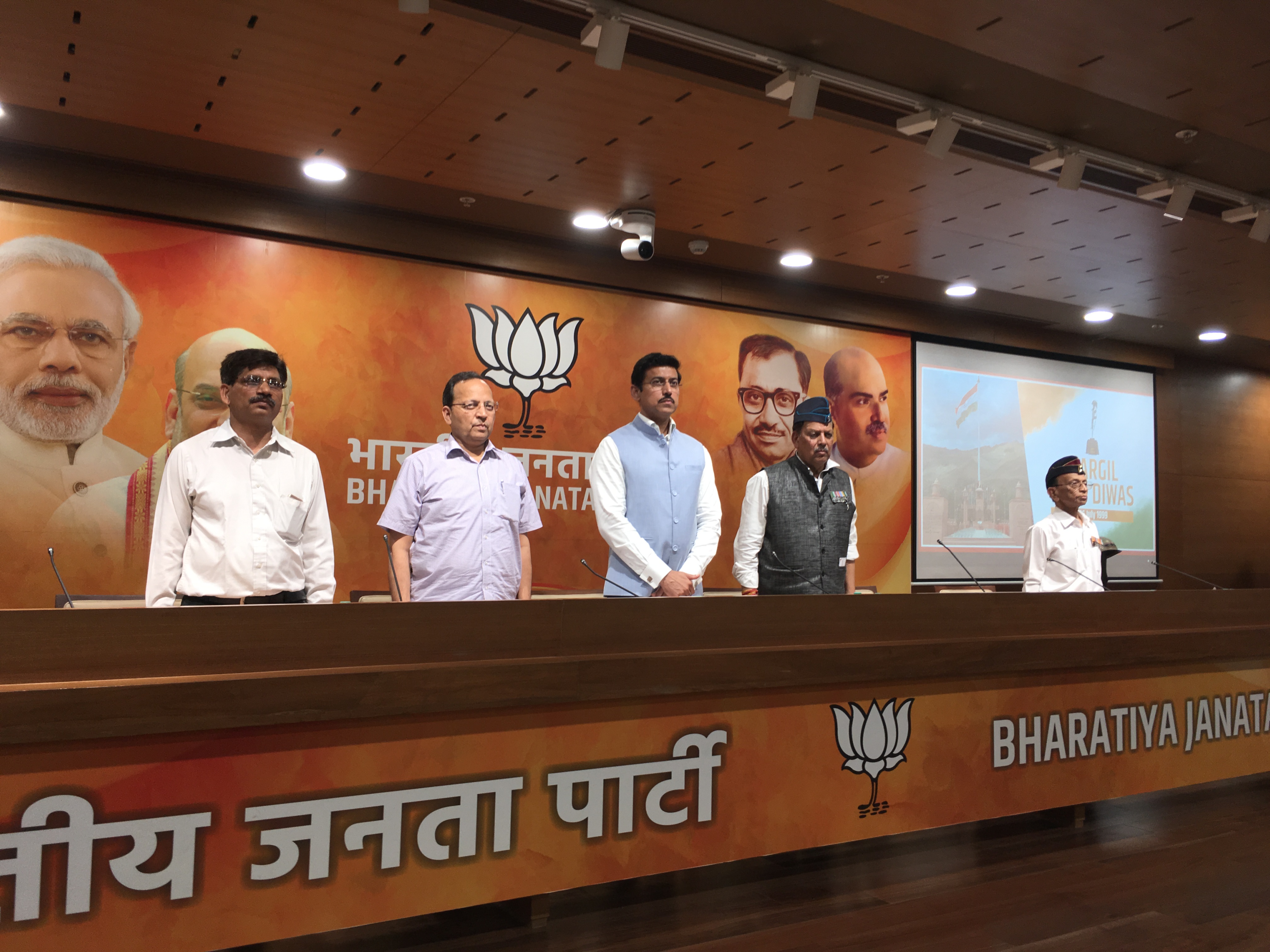 By India News Stream Correspondent
July 26, 2018
New Delhi: Minister for Information and Broadcasting Rajyavardhan Singh Rathore on Thursday said that the kargil war was still not over because the enemy was waging a war, which is a war of ideologies, without physically crossing the border.

The Minister cautioned the people against the disruptive forces within the country itself which were trying to strike at the unity and integrity of the nation.

“A war of ideologies is going on, and in this war the enemy can do his job without physically crossing the border,” Mr. Rathore said speaking at a function held at the BJP headquarter to pay tribute to the martyrs of the Kargil War.

The Minister pointed out that the disruptive forces were using social media to create disturbance and discord in the country.

Remembering the sacrifice of the martyrs, he said that this tradition should go on because the country cannot afford to forgets its soldiers. He also said that those soldiers who had retired from service are still an asset to the country because they can play an important role in fighting forces of disruption even from their villages and towns where they are living.

The function was also attended by some Army and Air Force veterans with the mothers and widows of the martyrs beside BJP workers.