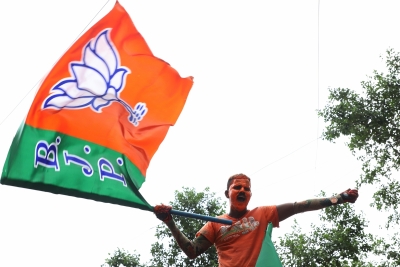 Kanpur: A BJP leader named Ramji Gupta has been arrested for allegedly opening fire from his licensed double-barrel gun that hit a bouncer, killing him on the spot.

The incident took place on Friday night at a wedding ceremony in the Rail-Bazar area here.

Deputy Commissioner of Police (East), Shiva Ji, said that Gupta is associated with the BJP as a worker and holds no post in the party presently.

“We have also seized the gun which was used in the celebratory firing for forensic and ballistic test,” he said.

The DCP said that Mohammad Sadiq, 32, along with several others were hired for ensuring security of the dancers and guests during the wedding ceremony on Friday night.

The deceased, a resident of Meerpur Cantt, had also been running a gym.

Gupta allegedly resorted to firing from his gun, as a result of which Sadiq suffered pellet injuries on his head, neck and chest.

Sadiq was rushed to the Lala Lajpat Rai (LLR) Hospital where he was declared dead, the DCP said.

Ghosts of polarization haunts ‘secular circles’; Owaisi hits back at Shah for ‘teach a lesson’ remarks