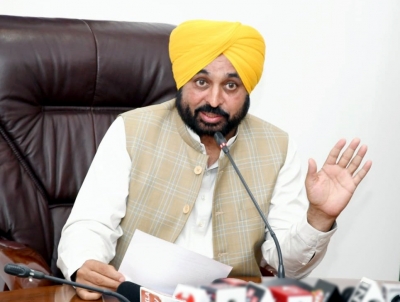 A decision to this effect was taken in the meeting of the council of Ministers held under the leadership of the Chief Minister here.

Disclosing this here today, a spokesperson for the Chief Minister’s Office said the government has approved the OPS for its employees currently covered under New Pension Scheme (NPS), fulfilling a long-pending demand of employees of the state.

The scheme is aimed at safeguarding the future of government employees and recognising their contribution towards the state. In order to ensure that the scheme being introduced is financially sustainable for the exchequer in the future also, the government will be contributing proactively towards creation of a pension corpus which will service the pension in future to the beneficiaries of the scheme.

This contribution towards the pension corpus will be Rs 1,000 crore per annum initially and will gradually increase in future.

Besides, the current accumulated corpus with NPS is Rs 16,746 crore for which the state will request Pension Fund Regulatory and Development Authority of the government of India to refund this amount for effective utilization at its end.

New Delhi:With a view to curb any misuse, the Unique Identification Authority of India (UIDAI) has said that before accepting an Aadhaar either in physical or electronic form for establishing...

Bengaluru The Union Labour Ministry has summoned Amazon India to appear before the Deputy Chief Labour Commissioner in Bengaluru on Wednesday in connection with the alleged forced terminations by...

A decade after 172 deaths in Datia tragedy, no action taken by MP govt

Bengaluru: The Karnataka government's ordinance to increase jobs and education reservation quota for Scheduled Caste (SC) and Scheduled Tribes (ST) has received the Governor's nod, paving the way for...

‘Disturbing practice of maligning a bench’: ED to SC on Chhattisgarh NAN scam