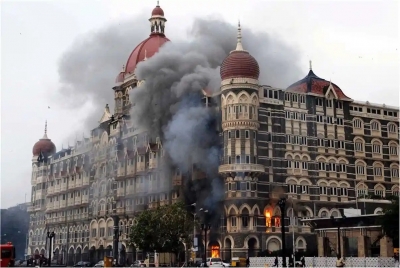 New Delhi: The Indian diaspora is planning a major demonstration in front of the Pakistani High Commission in London to commemorate the 14th anniversary of the 26/11 Mumbai terror attacks. The protest is also to highlight the scourge of State-sponsored terror that threatens the world.

The protest is being launched by numerous groups and concerned individuals under the hashtag #UniteAgainstTerrorism at Lowndes Square, London, at the Pakistani High Commission on the day of the anniversary of the attacks.

India Narrative reached out to some of the organisers of the protest.

Medical practitioner Dr Vivek Kaul said: “This protest is important as the world has to be constantly reminded about the dangers of State-sponsored jihadi ideology and the havoc it can play with peace-loving nations.”

The protest also seeks to highlight the fact that justice has not been delivered to the families of the people who have been killed and injured by Pakistan-trained terrorists.

On why the diaspora is holding the protest at the Pakistani High Commission, the Indic Society, an online group said: “Pakistan is the only country in this world that not only uses terrorism as a State policy and strategy to inflict pain on other sovereign nations but also people residing within their geographical boundaries.” The group highlights how Pakistani armed forces have been regularly unleashing armed terrorists to create havoc in India.

On November 26, 2008 ten terrorists of the Lashkar-e-Toiba (LeT) set sail for Mumbai from Karachi in Pakistan and attacked landmarks including the Taj Mahal Hotel, the Chhatrapati Shivaji rail terminus, the Chabad House, Cama hospital, Leopold Cafe and Nariman House business.

The attacks were carried out by automatic weapons and grenades. Lasting four days, the LeT terrorists killed 166 people and injured 300 including foreign tourists. Pakistani terrorist Ajmal Kasab was captured alive and hanged after a lengthy trial.

Pakistan has been sheltering LeT chief Hafiz Saeed despite being placed under the Grey List by the Financial Action Task Force (FATF). A special anti-terror court in Pakistan jailed Saeed for 31 years for raising terror funds. China too has supported Pakistan by blocking India and the US to designate Saeed’s son Hafiz Talah Saeed as a global terrorist.

Moshe Holtzberg, the two-year-old son of a Jewish rabbi escaped the attack even as the attackers killed his parents. Earlier this week, he read prayers in the Israeli Knesset commemorating the Mumbai terror attack.

With terrorists and terror organizations wreaking havoc in India with support from Pakistan and China, India is upping the ante on State-sponsored terror. At the ‘No Money for Terror’ conference in Mumbai, Prime Minister Narendra Modi said: “Certain countries support terrorism as part of their foreign policy. They offer political, ideological and financial support to them… There must be a cost imposed on such countries.”

Last month too India had organized a special meeting of the UN Security Council’s Counter-Terrorism Committee (CTC) which adopted the Delhi Declaration on countering the use of new and emerging technologies for terrorist purposes.

New Delhi:  Bringing a cheer to Indians, Germany has relaxed its Schengen visa appointment rules with the country centralising its short-term visa processing at its centre in Mumbai. "As a...

United Nations: India has received wide praise for its leadership of the UN Security Council's Counter-Terrorism Committee (CTC) and for guiding the adoption of the Delhi Declaration on fighting terrorists using...

UK reaffirms support for India as permanent member in UNSC

New Delhi: The UK has reaffirmed its support for a permanent seat for India in the UN Security Council (UNSC). It has called for an expansion of the UNSC in both...

New Delhi: Saudi Arabia on Thursday announced that Indian nationals will no longer be required to submit a Police Clearance Certificate (PCC) to obtain a visa there. It is being...

Lucknow: The Uttar Pradesh government has directed officials to take action against unrecognised madrasas "as per law". According to a survey report submitted to the state government by District Magistrates,...

New Delhi, Nov 16 (IANS) Prime Minister Narendra Modi and his British counterpart Rishi Sunak will meet on Wednesday at the G20 Summit in Bali during which the two leaders will...