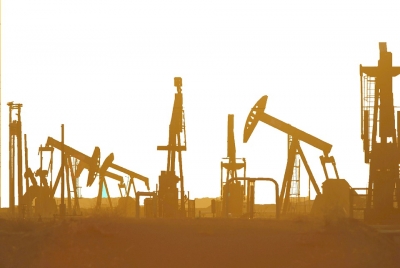 . OPEC oil cartel and its allies, including Russia may consider biggest cut

. Oil prices shot up by as much as 4 per cent on Monday

.OPEC+, controls more than 40 per cent of global oil production

Abu Dhabi: The world might be in for a hefty hike in oil prices as major oil producing states are considering the biggest cut in oil production since the pandemic, the media reported.

The OPEC oil cartel and its allies, including Russia may consider cutting output by more than 1 million barrels per day (bpd) at a meeting in Vienna on Wednesday, a CNN report says.

Oil prices shot up by as much as 4 per cent, with benchmark Brent crude futures trading at about $88.60 a barrel on Monday, on expectations that OPEC will try to regain control of prices.

If oil producing states agree on such a large cut , crude prices could rise sharply, impacting everything from the cost of gasoline at the pump to goods and services, the report said.

The group, known as OPEC+, controls more than 40 per cent of global oil production.

For years it has coordinated output policy in an attempt to ensure markets have sufficient supply at a price its members can live with. But events this year, including sanctions on Russia, and speculation about a looming global recession, have chipped away at its ability to influence the market.

As recently as this summer, Western states were imploring Arab oil producers to raise output due to high oil prices, calls that were largely rebuffed.

Since then, prices have dropped significantly on the back of global recession fears and lockdowns in China.

“After a year of tolerating extremely high prices, missed targets and severely tight markets, the alliance seemingly has no hesitation when it comes to acting rapidly to support prices amid a deterioration in the economic outlook,” wrote Craig Erlam, a senior market analyst at Oanda, a brokerage firm, CNN reported.

A potential cut in production of 1 million bpd would send a global signal that OPEC+ wants to regain control of a market that it believes has deviated from the fundamentals of supply and demand, say analysts. ( With IANS input)

Gandhinagar: The state Assembly on Wednesday unanimously withdrew the Gujarat Cattle Control (Keeping and Moving)In Urban Areas bill (GCCUA) which was aimed at controlling the movement of stray cattle from...

New Delhi: The  Government will allow more feedstocks for production of biofuels and it will also advance the 20 PC blending of ethanol in petrol to ESY 2025-26 from 2030. These...

Washington: US President Joe Biden announced that his administration will release 1 million barrels of oil per day for the next six months from its strategic reserve in an effort...

Seer chops off hand as offering in Ayodhya