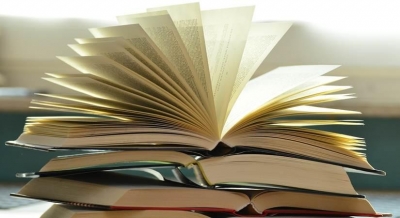 New Delhi: The Central government has made significant changes in the NCERT textbooks relating to history. There are several deletions in NCERT’s history, political science, and sociology textbooks for Classes 6 to 12. The most significant of them is the removal of the lesson containing references to the 2002 Gujarat riots from two textbooks.

Two full pages on the Gujarat riots have been dropped from the Class 12 political science textbook titled ‘Politics in India Since Independence’. These pages mentioned the chronology of events – a train full of karsevaks set on fire followed by violence against Muslims and referred to the criticism of the state govt for failing to control violence including then PM Atal Bihari Vajpayee’s statement, says an Indian Express report.

Another deletion of the Gujarat riots is from the Class 12 sociology textbook ‘Indian Society’ in which NCERT has dropped a paragraph under the section titled ‘Communalism, Secularism and the Nation-State’ in Chapter 6 that defines communalism and describes it in detail.

Apart from deleting a significant part of history, NCERT has also deleted many other important chapters on history and democracy.

Very astonishing to note that a major part of the chapter on the Emergency in the Class 12 political science textbook is removed. While former prime minister Jawaharlal Nehru’s quote on Emperor Ashoka in Class 6 history textbook and the Bhakra Nangal Dam in Class 12 sociology are also dropped.

Chapters about protests and social movements in India are reduced to just a few pages, many big social movements were deleted including Chipko Movement and Narmada Bachao Andolan. To the amusement, there was an exercise box in the Class 12 textbook under the chapter titled ‘Social Change and Development in India’ which is also deleted because the exercise box asks students to discuss the recent farmers’ protests against the three farm laws passed by the Parliament.

It’s not that only a part of social and political movements was removed but almost all the references to Naxalism and the Naxalite movement have been deleted across all the history, political science & sociology textbooks of NCERT.

According to New Education policy 2020, the NCERT started working on restructuring and revision of the content of textbooks based on the new National Curriculum Framework. The latest review of school textbooks started late last year in December. It is to note that states have started reviewing National Education Policy 2020 as the Governor of Chennai recently reviewed the implementation of NEP 2020 in Kendriya Vidyalayas. While the NEP conference is currently going on in Hyderabad. Further deletions of a section of history is expected from more textbooks as many states are going to implement NEP 2020. Rajasthan and Haryana already made several changes and more are yet to come.

With an aim to contribute his part in achieving Sustainable Development Goals (SDGs) and setting up of educational centres in Kishanganj, a Jamia Millia Islamia (JMI) professor met President Droupadi...

Prayagraj (Uttar Pradesh): The Vishva Hindu Parishad (VHP) will open 50 'sanskar kendra' units or 'value centres' with the aim to promote 'Hindu family values' among the youngsters living in...