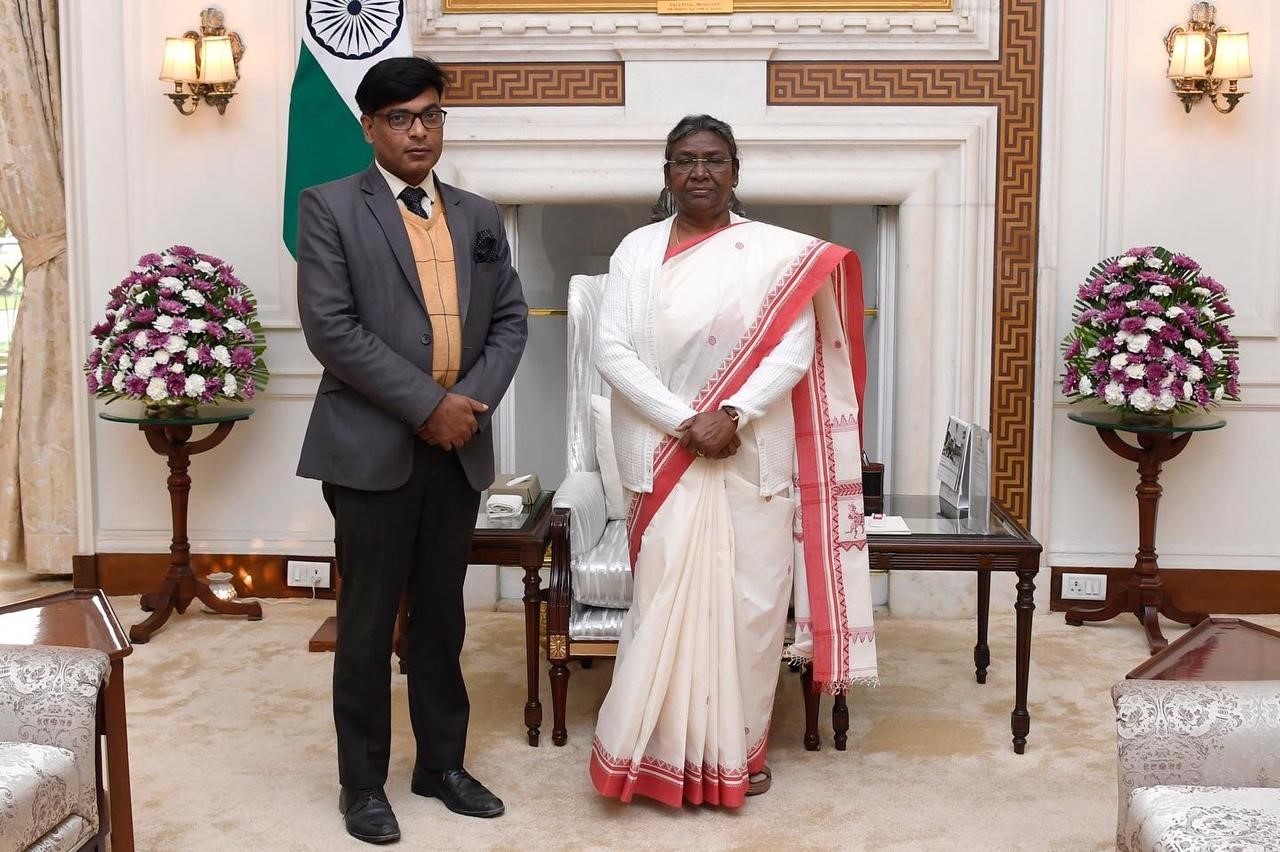 With an aim to contribute his part in achieving Sustainable Development Goals (SDGs) and setting up of educational centres in Kishanganj, a Jamia Millia Islamia (JMI) professor met President Droupadi Murmu last week.

Dr. Raquib Alam, Assistant Professor, University Polytechnic, JMI during his meeting with the President Murmu on 13 January  and raised the issue sought her assurance on achieving critical targets and goals for SDG’s and development of AMU’s branch in Kishanganj.

“The President appreciated my endeavours and my ideas to achieve the critical targets and goals for SDGs,” claims Dr Alam.  The SDGs were adopted by the United Nations in 2015 as a universal call to action to end poverty, protect the planet, and ensure that by 2030 all people enjoy peace and prosperity. And India is critical in determining the success of the SDGs.

President emphasized the importance of value-based education by saying a moral value may be incorporated in course curriculum from childhood, he said.

Dr. Alam said he requested the President to develop JMI & AMU centres in Kishanganj (his home district), which is one of the most backward districts of the country and invited her to visit home district. He also told her about the need to develop more and more educational centres. The president assured that she would do her level best for the betterment of society, he said.

“I am hopeful we will attain the critical targets and goals for SDGs adopted by our country,” said Dr Alam.

Dr Alam underlined that 85% of a child’s cumulative brain development occurs prior to the age of 6, demonstrating the critical importance of proper care and stimulation of the brain in the early years in order to safeguard healthy brain development and growth. Anganwadi workers, parents, teachers, environment, communities and other stakeholders play vital roles in holistic development of the child. Parents are the first mentor of the child and the teacher is the second. Both have an enormous contribution and responsibility in shaping a child’s personality.

Quoting “The destiny of India is being shaped in her classroom.” (The Education Commission, 1964-65), Alam said, “Promotion of value-based education across the country that can inculcate character development, personality development, citizenship development, spiritual development of a student. Moral, constitutional. cultural and spiritual values must be imparted to the students from school level.”

Prayagraj (Uttar Pradesh): The Vishva Hindu Parishad (VHP) will open 50 'sanskar kendra' units or 'value centres' with the aim to promote 'Hindu family values' among the youngsters living in...

‘LG acting like tribal chieftain’: Sisodia hits out at Saxena