Ashwin Mushran: The best compliment I’ve received so far is that I’m not a nice person 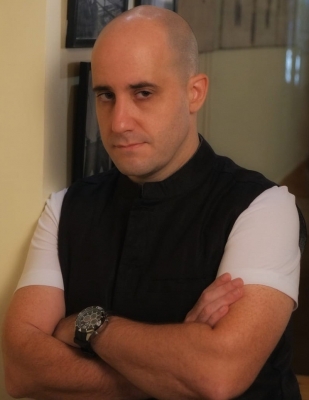 Mumbai: Actor Ashwin Mushran is happy with the response to his performance in ‘Dhadkhan Zindaggi Kii’. He plays the role of Jamshed in the medical drama.

“I think the best compliment I’ve received so far is that I’m not a nice person. Strange to hear that but it means I’m doing justice to Jamshed’s character that has negative shades. He is always lurking around plotting his next devious agenda,” he says.

The show is based on the lives of doctors. And the actor shares after being a part of the show he has started understanding people in the medical profession better. “I now understand the stress doctors and medical professionals go through every day. Just like any other job, they have to adjust to the management’s decisions, whims and fancies as well,” he adds.

He shares that showmakers Herumb and Nilanjana have an eye for detail and all scenes have a realistic feel. “Indian TV shows have never done justice to the look and feel of a hospital. That is not the case with the show. Herumb and Nilanjana have gone out of their way to show the inside of a hospital as authentically as possible. Every single possible detail has been given attention to – from uniforms, equipment, operation theatres to procedures. This is what sets it apart from any Indian series in the past,” he says.

Each episode of the show is one hour long, which is a rare thing for fiction on Hindi TV. “I was intrigued at the choice of episodes being 1 hour and that too Monday to Friday. I am pleasantly surprised at how it’s being accepted. And it only goes on to highlight that when something is done well, the length of the episode will not matter,” he says.

The dialogues in the show use medical terminology as well. On how he finally got a hang of it, Ashwin adds, “Luckily I don’t have to use medical terminology too much since my role is the CEO of the hospital. I do use it sometimes of course and one just has to make sure it’s said in the correct way. I’m sure medical professionals will also be watching the show and one has to pass their approval as well.”

Ashwin has done films and TV both. – IANS

Britney hits back at sis Jamie Lynn after her ABC interview