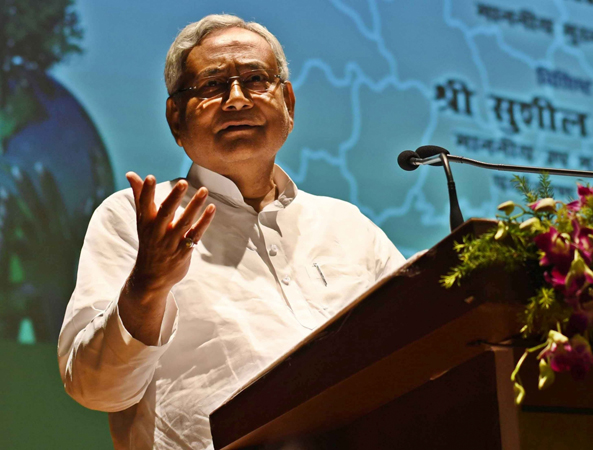 Patna: Liquor ban is one of the ambitious programmes of Chief Minister Nitish Kumar with the mission to target the women voters. However, several hooch tragedies in the state seem to have made things difficult for the ruling party.

The state government has never given the official death figures in the hooch tragedies, but sources say that it has reached above four figure mark. This is the reason why not only the opposition but its alliance partners are also questioning the ill-implementation of the law.

In many public events, Nitish Kumar said that the decision of liquor ban was taken after several complaints by women whose husbands were involved in domestic violence in drunken state.

The liquor ban was imposed in Bihar in April 2016 and its misuse was also visible on ground soon after. The alliance partners BJP and Hindustani Awam Morcha (HAM) have demanded a review and amendment of the law, however, for Nitish Kumar it has turned into a question of prestige.

RJD leader and state spokesperson Chitranjan Gagan blamed the BJP for the failure of liquor ban in Bihar.

“If we remember, when the liquor prohibition Act came into effect in Bihar, Mahagathbandhan was ruling the state and Nitish Kumar was the chief minister. We have supported him in the preparation and implementation of its execution on the ground. It was running smoothly when RJD was in power. Then Nitish Kumar shifted from the alliance and joined the BJP to form the government in Bihar,” Gagan told IANS.

“The situation started to change from there on and hooch tragedies started taking place in Bihar. BJP has real ‘Chal, Charitra and Chehra’ to stay in the alliance to make its partner weak like what the termites do to the wood. Making an alliance with the BJP has a great consequences. See what has happened to the Shiv Sena and Shiromani Akali Dal (SAD). Nitish Kumar came late in 1996 with the BJP while the Shiv Sena and SAD are the oldest allies but what happened to them. They are completely destroyed. BJP has the policy to make alliances with regional political parties and make them weak while staying in power,” Gagan said.

“Now, it is visible on ground when the BJP did the ‘Prawas programme’ in 200 Assembly constituencies in Bihar. Its state co-in-charge Harish Dwivedi also said that his party will do the same in all 243 Assembly seats. The message is loud and clear for the JD(U) that the BJP is not taking care of JD(U) and wants to go alone in the 2024 Lok Sabha election. The result of Lok Sabha election will further decide its future planning for the 2025 assembly election,” Gagan said.

“The BJP has already announced that its alliance with JD(U) will remain till 2025, which clearly indicates that the former wants to stay in power for the crucial 2024 Lok Sabha election and use the government machinery in its favour. BJP knows that if it announces separation at this point in time, the result of 2015 Assembly election may get affected. The BJP think tank is well aware that they cannot beat Lalu Prasad Yadav and Tejashwi Yadav in Bihar. Hence, they are staying with JD(U),” Gagan said.

Countering the allegation of the RJD, Arvind Kumar Singh, the state spokesperson of the BJP told IANS, “The decision of liquor ban was unanimous by all political parties in the interest of common people though the RJD was internally not satisfied with it. When we came into power with JD(U), we continued it and were not challenged at any point. The allegation of RJD was baseless on BJP.”

Reacting on the ‘Prawas Programme’, Singh said: “We did the Prawas Programme in 200 Assembly constituencies to bring the work done by the NDA government at Centre and state before the public. As far as policy-making is concerned, our party cannot reveal the policy with alliance parties and as they do with us. We are running the government under a common minimum programme.”

“In a state like Bihar, awareness among the people is more important than prohibition. The state government has banned liquor in Bihar. In the shade of liquor ban, the police personnel used to frame poor people and earn crores. It has turned into a money making tool for the police personnel in Bihar. It has encouraged corruption in the police department,” Manjhi said.

“My father and mother were also drinking liquor. At that time, liquor was not banned in Bihar. I never touched liquor in my entire life. My point is to create awareness among the common people of Bihar to avoid liquor rather than imposing a ban on them. Liquor is available everywhere in Bihar thanks to its poor implementation,” he said.

“We often see mass death due to hooch tragedy in Bihar. It is happening only due to the poor implementation of liquor ban. I will meet CM Nitish Kumar again and talk to him on this matter,” he said.

Neeraj Kumar, MLC and chief spokesperson of JD(U) said: “Nitish Kumar is a silent worker, who always looks after social reforms followed by empowering people in the society. He believes that once social reform is achieved in states like Bihar, other challenges would be automatically addressed. However, some persons have the tendency to violate norms and our law enforcement agencies are well capable of dealing with it.”

“When Nitish Kumar took over the charge as the CM in 2005, there was complete anarchy in the state. Kidnapping was an organised crime. Massacres were taking place everywhere. Murder and loot were common in the state. Nitish Kumar managed to wipe out organised crime and massacres from the state and it was possible through social reforms and awareness in the society,” Kumar said. (IANS)