New York: US-based global sandwich chain Subway, whose control has been held by the families of its co-founders since its inception, may be up for sale soon, with an estimated valuation of over $10 billion, media reports said.

The Connecticut-headquartered quick-service food chain, known for its signature submarine (sub) sandwiches and wraps, has retained advisers to explore a sale, the Wall Street Journal reported, citing people familiar with the developments.

Quoting people as saying that the process may attract potential corporate buyers and private-equity firms, the paper said that the process is still in its early stages and there is a possibility that the sale may not go ahead at all.

“As a privately-held company, we don’t comment on ownership structure and business plans. We continue to be focused on moving the brand forward with our transformational journey to help our franchisees be successful and profitable,” the company was quoted by the WSJ as saying.

Set up by 17-year-old Fred DeLuca and financed by Peter Buck in 1965 as ‘Pete’s Super Submarines’ in Bridgeport, Connecticut, it had several name changes before finally becoming Subway in 1972. It began franchisee operations in 1974, while its first global store was opened in Bahrain in December 1984.

Subway has over 21,000 establishments across the US and over 40,000 in over 100 countries around the world, where it suitably changes its menu in line with local preferences.

Becoming one of the world’s largest restaurant chains by aggressive expansion, it, however, saw sales plateauing while several competitors also emerged.
IANS

New Delhi: Alphabet and Google CEO Sundar Pichai on Friday said that he is "deeply sorry" for reducing the workforce by approximately 12,000 roles, and takes "full responsibility for the... 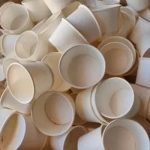 AMC ban on paper cups: BJP govt in dilemma over the action

Ahmedabad: Controversy has arisen over the ban on tea paper cups by the Ahmedabad Municipal Corporation (AMC), after the ruling party refused to give the green signal. The AMC executive...

New Delhi: Microsoft Chairman and CEO Satya Nadella on Wednesday said that the company will be "making changes that will result in the reduction of our overall workforce by 10,000...