UP man pushed off moving bus for smoking 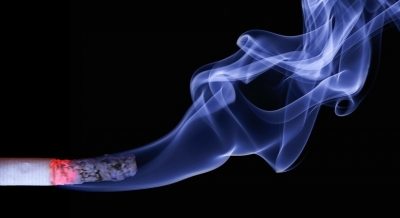 Bareilly (UP):  In a shocking incident, a man was pushed off a moving bus by its conductor for boarding with a lit-up cigarette in his hand.

Victim Dharam Pal was heading to his workplace in Rudrapur from his home on Thursday when the incident occurred.

He sustained injuries in the incident after which he called his brother, who then informed the police and rushed him to the district hospital where his condition is stated to be stable.

SHO Izzatnagar police station Satish Yadav said, “No FIR has been registered in the case as we are yet to receive a written complaint.”IANS