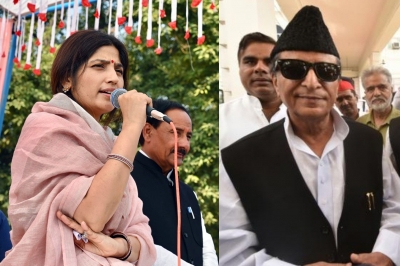 Lucknow: There is more of emotion than politics in the upcoming by-elections to two Assembly seats and one Lok Sabha seats.

The campaign revolves around emotional bonds, betrayal and promises instead of political and social issues that should have been dominating the elections.

Her speeches remind the voters of the bond they shared with the late leader and promises to continue the tradition.

The patch-up between Akhilesh Yadav and his estranged uncle Shivpal Yadav continues to remain in focus of the campaign.

“We have decided to remain united and those who wanted to take advantage of the strained relationship, are in for a rude shock. The family and party are fully united and we will work together to realise the dreams of Netaji (Mulayam),” he said.

The BJP candidate Raghuraj Shakya, a former Shivpal acolyte, has received a jolt with Shivpal hitting out at him.

“If he is my ‘chela’ (disciple), he should not have contested against Dimple,” he said.

Shakya replied with, “People are watching. They unite when it is about their family and then separate again.”

In Rampur, the by-election that comes after Mohd Azam Khan was disqualified following his conviction in a hate speech case, is also riding high on emotions.

Azam Khan is whipping up a sympathy wave and reminding voters about the ‘atrocities’ that he and his family have faced in the past three years.

“They (the BJP) took away my membership of the Assembly, then they took away my voting right. If this is what elections are all about, they should simply declare the BJP candidate as winner,” he tells his voters.

The SP candidate Asim Raja has taken a back seat and it is actually Azam Khan’s battle that he is fighting by proxy.

In Khatauli Assembly seat, former BJP lawmaker Vikram Saini whose disqualification following his conviction in a 2013 Muzaffarnagar riots case set up the bypoll, has been campaigning for his wife Rajkumari Saini, who has been named as a contestant by the BJP.

The Samajwadi Party-RLD nominee is Madan Bhaiya, who enjoys the reputation of being a strongman.

The BJP is using Madan Bhaiya’s candidature to lash out against the SP-RLD for fielding a ‘muscleman’.

This factor, however, is not cutting much ice as the region – known as wild west – is more than familiar and comfortable with such contestants.

However, UP BJP chief Bhupendra Chaudhary and organizing secretary Dharampal are working overtime to ensure the party’s victory in Khatauli since both belong to this region and their own prestige is at stake. 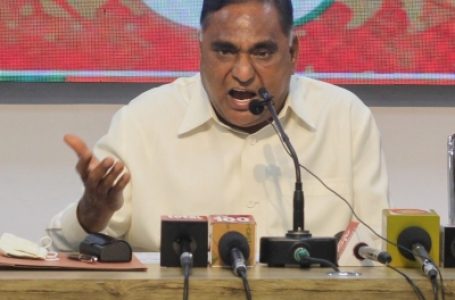