BJP drops Gadkari, Shivraj Chouhan from top body, Yogi not in yet 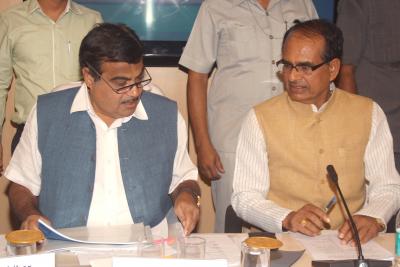 Sudha Yadav and Laxman are from the Other Backward Classes while former Union minister Jatiya is from the Scheduled Castes. Sonowal is tribal. Lalpura is the first Sikh to be included in the party’s parliamentary board as a person from a minority community.

Maharashtra Deputy Chief Minister Devendra Fadnavis, BJP National General Secretary Bhupender Yadav, Om Mathur and its women wing chief Vanathi Srinivasan have been made the members of party’s Central Election Committee (CEC), according to an Indian Express report. Former Union minister Shahnawaz Hussain and Jual Oran have been dropped from it. All the parliamentary board members are also part of the CEC.

It is important to note that saffron heavyweight Yogi Adityanath has been overlooked chiefly due to his rising popularity. Political commentator Swati Chaturvedi writes: “His rising stature as a Hindutva icon does not sit well with PM Modi and Amit Shah.” Following the second victory in Uttar Pradesh, the saffron-clad leader is being promoted as the “natural heir” to Modi’s legacy which is not being welcomed by Modi-Shah.

On the other hand, Gadkari ouster was anticipated in the political circle in the wake of his close connection in the RSS. He is said to be RSS favourite. Chaturvedi writes: “Modi now calls all the shots in the Sangh and the RSS can only look on as Nitin Gadkari is pushed out of power equations”. – INDIA NEWS STREAM