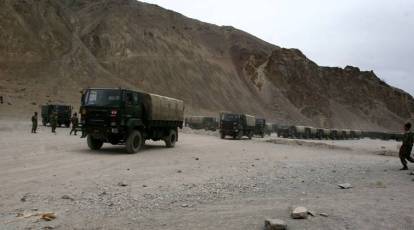 India has lost access to 26 out of 65 patrolling points in the eastern Ladakh region, a senior police officer posted in the Union Territory has said in a research paper, according to The Hindu.

PD Nitya, Leh Senior Superintendent of Police, submitted the paper at the annual Director General of Police Conference organised by the Intelligence Bureau held from January 20 to January 22 and attended by Prime Minister Narendra Modi and Home Minister Amit Shah. However, the paper did not come up for discussion, according to the newspaper.

Nitya said that Indian security forces are no longer able to patrol 26 patrolling points located between the Karakoram Pass and the Chumur region in eastern Ladakh – a major flashpoint of border conflicts between India and China.

“Presently there are 65 PPs (Patrolling Points) starting from Karakoram pass to Chumur which are to be patrolled regularly by the ISFs (Indian Security Forces). Out of 65 PPs, our presence is lost in 26 PPs (i.e. PP no. 5-17, 24-32, 37, due to restrictive or no patrolling by the ISFs,” Nitya, wrote according to the NDTV.

“”PLA has taken advantage of the buffer areas in the de-escalation talks by placing their best of cameras on the highest peaks and monitoring the movement of our forces… they object our movement even in the buffer zone, claiming it to be ‘their’ area of operation and then further ask us to move back to create more ‘buffer’ areas,” the officer wrote.

“Later on, China forces us to accept the fact that as such areas have not seen the presence of ISFs [Indian security forces] or civilians since long, the Chinese were present in these areas,” the paper noted, according to newspaper.

The Narendra Modi government told Parliament on December 13 that the clash led to “minor injuries” to a few soldiers on both sides. After the face-off, both sides immediately disengaged from the area, said Defence Minister Rajnath Singh.

The paper alleged that the border under ISFs toward the Indian side is shifted, which allegedly leads to the creation of “buffer zones” and loss of control. The PLA then takes advantage of the buffer zones during de-escalation talks and the creation of more buffer zones, it states. Since March 2020, India and China have clashed along the LAC in eastern Ladakh over border dispute.