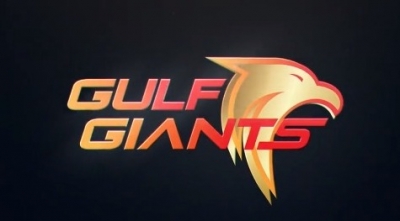 New Delhi: Adani Sportsline-owned franchise Gulf Giants on Wednesday announced their squad for the upcoming International League T20 (UAE ILT20), which will take place in the United Arab Emirates between January and February 2023.

The Giants have included leading T20 names like Australia’s Chris Lynn, West Indies’ Shimron Hetmyer, England’s Chris Jordan in their squad for the inaugural edition of the league. The likes of David Wiese, Tom Banton, James Michael Vince, Dominic Drakes are also among the other names, who are part of the squad.

Former Zimbabwe captain Andy Flower, who has three decades of cricketing experience, will be the head coach of the side.

The 54-year-old was also the head coach of the Lucknow Super Giants in the IPL 2022. He has previously coached the national teams, England and Afghanistan, as well as franchise teams such as Punjab Kings (IPL), Maratha Arabians (Abu Dhabi T10), Multan Sultans (PSL), St Lucia Kings (CPL) and Delhi Bulls (Abu Dhabi T10).

“It’s exciting to be a part of any of the big franchise tournaments, and the ILT20 has big plans to be a major franchise tournament. As leaders, our job is to serve the players as best we can, and this principle is very important to me,” Flower said.

The inaugural edition of ILT20 will be played in a 34-match format across Dubai, Abu Dhabi and Sharjah. The six teams in the league are owned by Reliance Industries Limited, Lancer Capital, the GMR Group, Adani Sportsline, Kolkata Knight Riders and Capri Global.