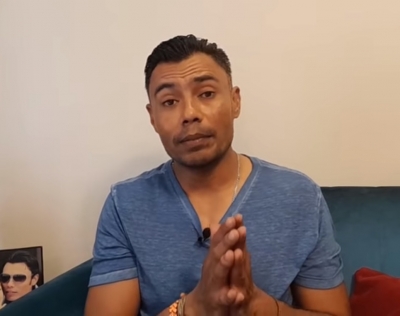 New Delhi, Jan 14 (IANS) Former Pakistan leg-spinner, Danish Kaneria, said on Friday he is feeling “humiliated” and “dejected” after the Sindh High Court rejected his appeal seeking directions to the Pakistan Cricket Board (PCB) to include him in their rehabilitation programme for players found guilty of corruption.

Kaneria was banned for life by the England and Wales Cricket Board (ECB) in 2012 for his involvement in spot-fixing attempts in county cricket in 2009. The PCB then ratified the ECB life-ban on Kaneria the same year and also banned him from all cricket activities in the country.

Kaneria wanted the Sindh court to direct the PCB to allow him to undergo “rehabilitation programme”, so that he could return to the sport in the capacity of coach.

A positive outcome on January 12 would have helped the 41-year-old Kaneria to pursue coaching roles in domestic and international tournaments without the fear of the PCB stopping him if he landed a job.

“I am feeling dejected, heartbroken and disappointed with this judgment. I don’t know how I will earn my bread and butter now. I appeal for my livelihood. I was not sure that my case has been dismissed like this. It’s been almost a year and now I appeal for humanity… when many got a reprieve in the same case, why not me (sic),” Kaneria told to IANS on Friday.

“Respected judges have given the verdict. I don’t know on what ground they have made this decision, but it’s really heartbroken for me. I requested almost everyone to let me free, but don’t know who and what stops them (sic).

“I just wanted them to give me a second chance, so I can again start my career, earn for livelihood but my all efforts went up in smoke. It’s been 10 years now. And I am still serving the (ECB) ban. Many cricketers who did the same thing are roaming free and doing their work, but I am still running pillar to post for justice (sic),” a veteran of 61 Tests told to IANS.

Asked, if anyone was to blame for his bad phase in life, the 41-year-old said, “I don’t want to blame anyone. I believe in God, but yes in Pakistan nobody wants to hear my points. PCB is not doing anything for me. I am a citizen of Pakistan, have given so many years to Pak cricket. I feel very bad about myself when I think about PCB. Why they are not supporting me, reason only they know. I made a request for a reprieve on humanitarian grounds, but it has been rejected. I think this is an outrageous, illegal, and inhuman approach. I am feeling totally devastated now.”

Kaneria, who is quite vocal on the social media platforms, wrote an emotional message on Koo to the panel that heard his petition.

“The honourable and most respected Panel of Sindh High Court has rejected my appeal. My plea was on humanitarian ground as my sole source of income has vastly been affected. I’ve served Pakistan with due utmost honesty and I’m sad and disappointed to know that my plea to undergo the rehab program has been quashed. I am human all got second chance why not me is that because I am different,” the former Pakistan leg-spinner wrote. – IANS