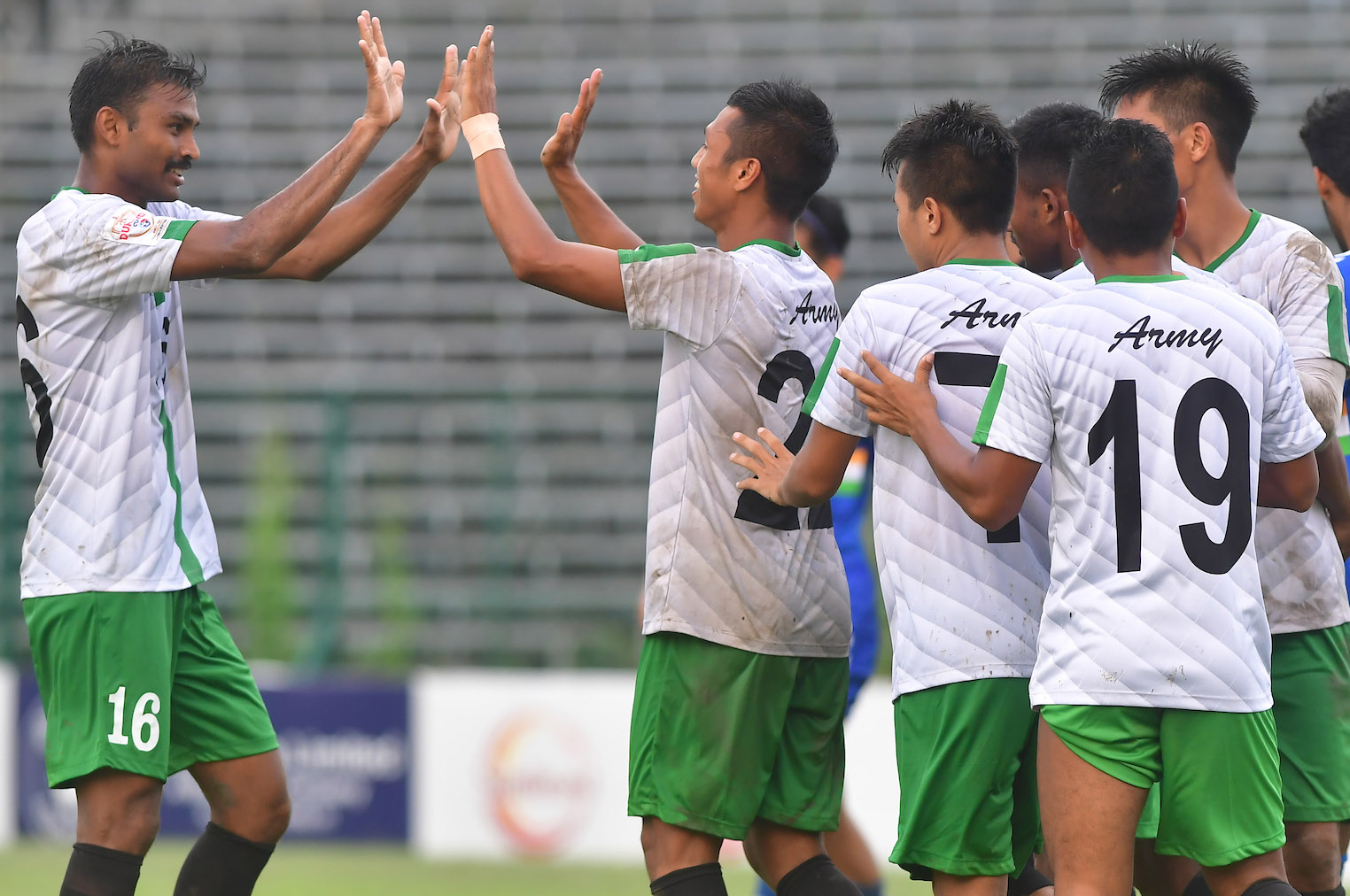 Kolkata:r: Former champions Army Green overcame Sudeva Delhi 1-0 to storm into the quarterfinals while Goa Jamshedpur (JFC )5-0 to finish on top with nine points and push their ISL rivals out of the 130th Durand Cup here on Friday.

In the initial quarter of the first half, both Army Green and Sudeva created opportunities but it was all Greens after that. In the 9th minute, the Greens had their first major scoring opportunity when Lallawmkima took a brilliant header, but could not go past Sudeva keeper Sachin Jha. Shubham Rana took another shot at goal on the rebound, but Sachin came up with another brilliant save.
The ball hovered around the Sudeva goal for the most part of the first half. Thirty minutes into the game, two back-to-back corners almost got the Greens on the board, but Sachin made sure it was goalless at halftime.

Sudeva looked all charged up in the second half, however. In the 46th minute, William Pauliankhum had the ball just a few yards away from the goal but failed to score.

Army Green came back strong and in the 51st minute courtesy of a nice setup and a wonderful assist by Dip Mazumdar, Deepak tapped the ball into the net.

The Delhi side did have a few chances to equalize but they could not go past Army Green’s defence to end the campaign with three losses. Deepak Singh was adjudged the Man of the Match.

In the other match of the day, Goa authored a dominating performance to blitz JFC 5-0
It was an incident-free first quarter of an hour, with Goa keeping the likes of Glan Martins and Makan Chote on the bench and giving Brandon a start along with a third keeper in the tournament in Hrithik Tiwari.

They were looking to take control and eventually Devendra got a free header off a corner in the 20th minute and nodded home from close to give Goa their first of the game. Then six minutes later, Princeton Rebello got two bites of the cherry inside the JFC box and blasted the second one home past a hapless Vishal Yadav under the JFC bar.

Murgaokar then tapped in a third, his second of the game and third of the tournament, a minute before a break to make it 3-0 for the Goans at halftime.

The talented Muhammed Nemil then made the second half his own with a double strike. He scored the first just after commencement and then in the 81st minute smartly chipped the keeper for his third of the tournament and Goa’s fifth of the game.

Nemil was named Man of the Match.

‘Not moved an inch’: SC frowns over 78 adjournments by Dehradun court

Amid Punjab Cong rift, CLP to meet at 5 pm