What was the rationale for the wheat export ban? 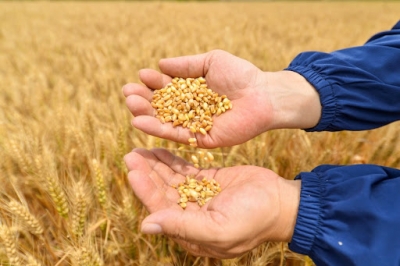 New Delhi: Is the government ill-advised? Or has it failed to understand the real causes of food inflation? Or does it like to act in a dramatic fashion to create a suitable impression? Those are the three questions that arise out of an excellent piece by Ashok Gulati and Ritika Juneja published earlier this week: Why on earth did the government suddenly ban wheat exports?

However, I want to use their facts to raise a different set of questions. Is this government more concerned with populist measures that appeal to the electorate by suggesting a huge level of concern for the problem they face and, equally, unconcerned about the impression it creates abroad by reneging on its own voluntary promises?

Here are the facts. The recently released third advance estimates for total crop production in 2021-2022 show a record foodgrain harvest of 314.51 million metric tonnes, 3.77 more than last year. Rice increased by 5.29 MMT over the previous year’s yield whilst wheat declined by only 3.18 MMT.

You can clearly understand the question Gulati and Juneja raise. Why did the government impose a wheat export ban, literally 48 hours after announcing it was sending trade delegations to ten countries to enhance the export of wheat and after proudly proclaiming it hoped to send abroad 10 MMT this year?

Not surprisingly, the decision has infuriated farmers and deeply upset traders. This was an opportunity for farmers to make money through exports because the price abroad is higher than in India. It’s been inexplicably denied to them. It was also a chance for private traders to prove they can handle India’s wheat purchases. That too has been squandered.

No less important is the impression India has created on the outside world. We’re the world’s second largest producer of wheat and we have a massive stock. At a time where there is a perceived crisis we would have got credit, in addition to valuable foreign exchange, for enhancing exports. We would also have established a market for the future. Again, neither will happen.

No doubt fear of rising food inflation panicked the government. It did not need to. Gulati and Juneja say that foodgrains account for less than 10% of CPI food inflation. 41% is manufactured food produce which includes edible oils, 27.5% is fruits and vegetables and 17% is milk, meat and fish. So by stopping the export of foodgrain the government’s decision will impact at best on just 10% of the inflation.

Does this suggest a well-thought out decision? Or a populist measure? I can’t help feel their real intention was to send a message to the Indian people of the government’s concern and ability to act fast, even if both are mistaken. ‘Look what we’re prepared to do to help you?’, is what the government seems to say, rather than what it should have said ‘don’t worry about the exports, we’ve more than enough for India’s needs. This is a chance to help the world and show that India is there at its time of need.’

So can we be surprised when the G7 agricultural ministers expressed “deep concern” about India’s wheat export ban? On Sunday night Kristalina Georgieva, the IMF Managing Director, told the BBC she “very much hopes” India will rethink its decision.

Let me end by saying we can’t hope to be recognised as a world power if we fail to exercise what little power we have when the world is expecting precisely that from us. We may sit at the UN Security Council, partner the US, Japan and Australia in QUAD and proclaim we’re vishwagurus, but if we don’t act when the time comes that’s means precious little. It seems others recognise our capacity. We often don’t or we don’t have the gumption for it.Sadhu Yadav gets 3 years jail for assault.IANS