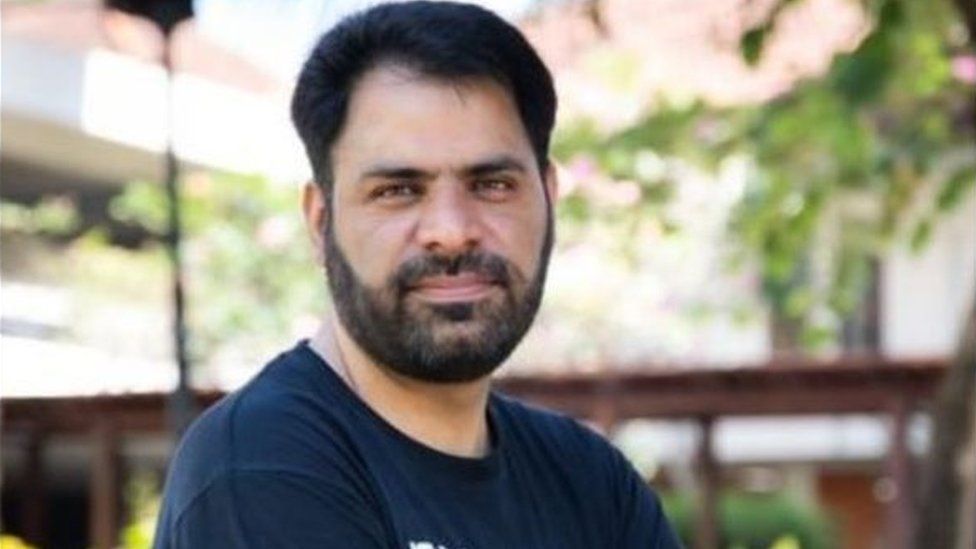 On December 22, United Nations human rights experts have urged the Indian authorities to stop targeting Kashmiri human rights defender Khurram Parvez, who was arrested subsequently after a anti-terror agency raid at his residence in Srinagar on November 22.

“We are concerned that one month after Parvez’s arrest, he is still deprived of liberty in what appears to be a new incident of retaliation for his legitimate activities as a human rights defender and because he has spoken out about violations… In view of this context of previous reprisals, we call on the Indian authorities to immediately release him and ensure his rights to liberty and security,” UN human rights experts stated.

Several international human rights organizations including Amnesty International, University Network for Human Rights, Samidoun Palestinian Prisoners Network and many others have expressed their solidarity following his arrest and has called upon the Indian authorities to release him immediately and unconditionally.

44-year-old Khurram Parvez is a program coordinator at Jammu Kashmir Coalition of Civil Society (JKCCS), for over two decades, the activist has been advocating for human rights not only in Jammu and Kashmir, but in Pakistan, East Timor, the Philippines and Sri Lanka and several other states of India. He was arrested on November 22, following a raid by the National Investigation Agency (NIA) and was arrested subsequently under the contrigent counter-terrorism charges such as criminal conspiracy and waging a war against the government.

On December 20, the activist was again re-elected unanimously for the third time as the chairperson of the Asian Federation Against the Involuntary Disappearances (AFAD).

After it was formed two decades ago the amalgamation of various non-profit, research and advocacy organisations based in the statem Jammu and Kashmir Coalition of Civil Society’s documentation and advocacy work has primarily focused on incidents of torture, reports of extrajudicial killings, and crisis of involuntary disappearances alongwith landmine removal”.

According to Rupert Colville, a spokesperson at the Geneva-based UN High Commissioner for Human Rights’ office, Khurram Parvez is known as a tireless advocate for families of the disappeared and has been targeted before for his human rights work.

“In 2016, he was detained under another controversial law, the Public Safety Act, for two and a half months after being prevented from traveling to the Human Rights Council in Geneva. He was released after the Jammu and Kashmir High Court declared his detention illegal,” UN High Commission’s spokesperson Colville, said.

According to the United Nations experts, the activist was brought before the court in Delhi on November 30 and December 4, when it was decided that he should be transferred from National Investigation Agency custody. “On 23 December 2021, the NIA Special Court may decide on another extension of his detention for a further 90 days, if convicted Mr Parved could face upto 14 years of imprisonment or even the death penalty,” UN stated.

“As far as the court hearing is considered we have been informed that it has been delayed by the January 23, so we will have to wait till then,” Shameena Khurram, his wife told Indian News Stream