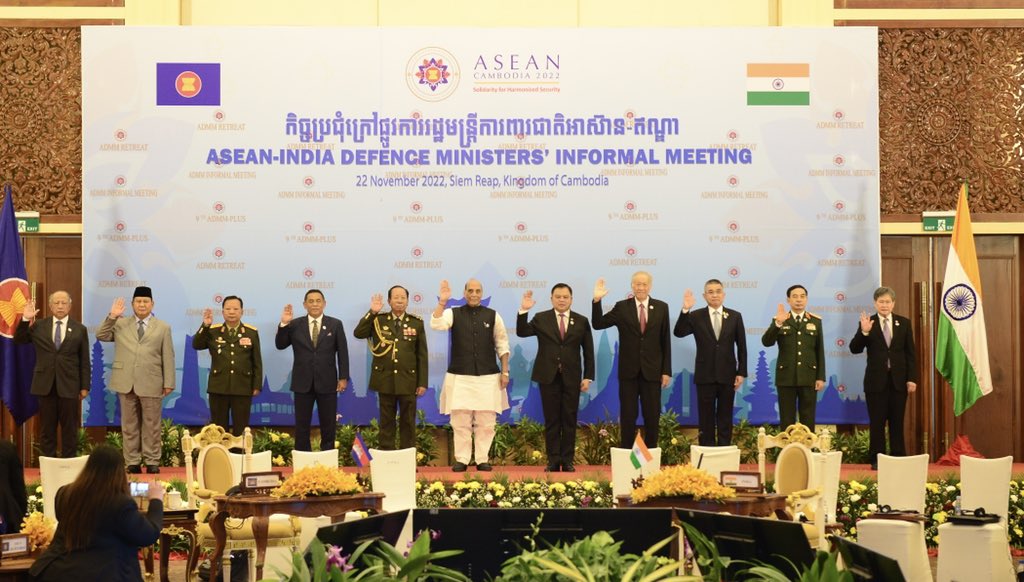 Multiple forums focusing on the criticality of the Indo-Pacific region reiterate the importance of this region, called the “confluence of the two seas” by former Japanese Prime Minister Shinzo Abe, in the global security and strategic dialogue.

For India, the Indo-Pacific, a vast, predominantly maritime expanse from the eastern shore of Africa to the western shore of the Americas, is becoming increasingly the focus of its geo-strategic and geo-economic policies as a more assertive, even aggressive China threatens to disrupt the global flow of commerce and supply chains with its non-adherence to global laws and norms.

Focus on the Indo-Pacific, a term coined by the late Japanese prime minister and endorsed as part of the United States’ strategic construct, has rapidly increased in a clear indication that the global economic centre of gravity has shifted eastward, to this region. This has substantially raised geo-economic opportunities along with daunting security challenges, not only for India and the rest of Asia, but also the Western, developed world.

In New Delhi, a three-day apex-level regional strategic dialogue of the Indian Navy, the “Indo-Pacific Regional Dialogue 2022” (IPRD-2022), an annual international conference that aims to foster an exchange of ideas and promote deliberations on maritime issues relevant to the Indo-Pacific, began with calls for adherence to the rule of law in the region.

In Siem Reap in Cambodia, speaking at the 9th ASEAN Defence Ministers’ Meeting (ADMM), Defence Minister Rajnath Singh reaffirmed India’s position on the region, stating, “India advocates a free, open and inclusive Indo-Pacific region and calls for peaceful resolution of disputes while respecting the sovereignty and territorial integrity of all nations.”

“India stands for the freedom of navigation and overflight, unimpeded lawful commerce, peaceful settlement of maritime disputes and adherence to international law, particularly, the United Nations Convention on the Law of the Sea (UNCLOS) 1982,” he said, adding, “A peaceful Indo-Pacific, with ASEAN at its centre, becomes vital more than ever for the security and prosperity of the world.”

Singh emphasised India’s commitment to ensuring “practical, forward-looking and result-oriented cooperation” between India and ADMM Plus countries to enhance maritime security in the region and ensure safety of the global commons. The ADMM Plus is an annual meeting of defence ministers of ten ASEAN countries and their eight dialogue partner countries: India, USA, Russia, China, Australia, Japan, New Zealand and South Korea.

Since he assumed his unprecedented third term in office recently, Chinese President Xi Jinping has urged the Chinese armed and maritime forces to be more aggressive and use force if necessary.

While not naming China, Singh expressed hope that ongoing negotiations on the Code of Conduct in the South China Sea would be consistent with international law, particularly UNCLOS, and not prejudice the legitimate rights and interests of nations that are not a party to these discussions.

Meanwhile, Bangladesh on Thursday hosted the 22nd Council of Ministers’ (COM) meeting of the Indian Ocean Rim Association (IORA), the largest and pre-eminent organization in the Indian Ocean Region with 23 Members and 10 Dialogue Partners. India is strongly committed to strengthening IORA to promote peace, security and prosperity in the region and the wider Indo-Pacific.

The QUAD, or quadrilateral of democracies, Australia, India, Japan and the US, was also born of the need to more unitedly focus on the Indo-Pacific region where China has tried to play the spoiler. At the Quad summit in May this year, though the leaders were at pains to state that the group was not aimed at any one country, some areas of focus and some of the emphases in the joint statement left little room for doubt that China is the country Quad aims to keep in check particularly in the Indo-Pacific region. The summit happened when relations between China and Quad members, including India, remained tense with Beijing increasingly challenging the international law of the seas and resorting to coercive trade practices.

The emphasis on building infrastructure in the region and addressing debt servicing and sustainability issues was clearly intended to highlight the major failures of China’s Belt and Road Initiative, most dramatically in Sri Lanka.

The unequivocal reiteration that Quad seeks to uphold international law and security interests in the Indo-Pacific, indicates how crucial this region has become for the world at large as it aims to provide countries in the region, including those in the Association of South East Asian Nations (ASEAN)  with an alternative to Chinese belligerence and dominance. 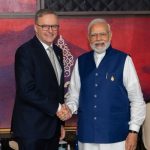 Bengaluru: Amid the growing debate on moonlighting, a new report has revealed that 43 per cent of employees in the Indian IT sector find moonlighting favourable. The top reasons why...

By Naz Asghar New Delhi: China has cut down its imports of low-grade iron ore from India because of some issues related to the quality of the product, claims...

San Francisco: Amazon founder Jeff Bezos has warned consumers and businesses to postpone large purchases during the holiday season in anticipation of an economic recession. In an interview with CNN,...

India likely to grow at 6.5-7.1% in current fiscal: Deloitte

New Delhi: India may record a growth in the range of 6.5 per cent to 7.1 per cent during the current financial year 2022-23 mainly due to rising inflation and expectations...

New Delhi: The Centre has restored the status quo as was prevailing prior to May 22 and withdrawn the export duty on iron ores lumps and fines below 58 Fe content,...