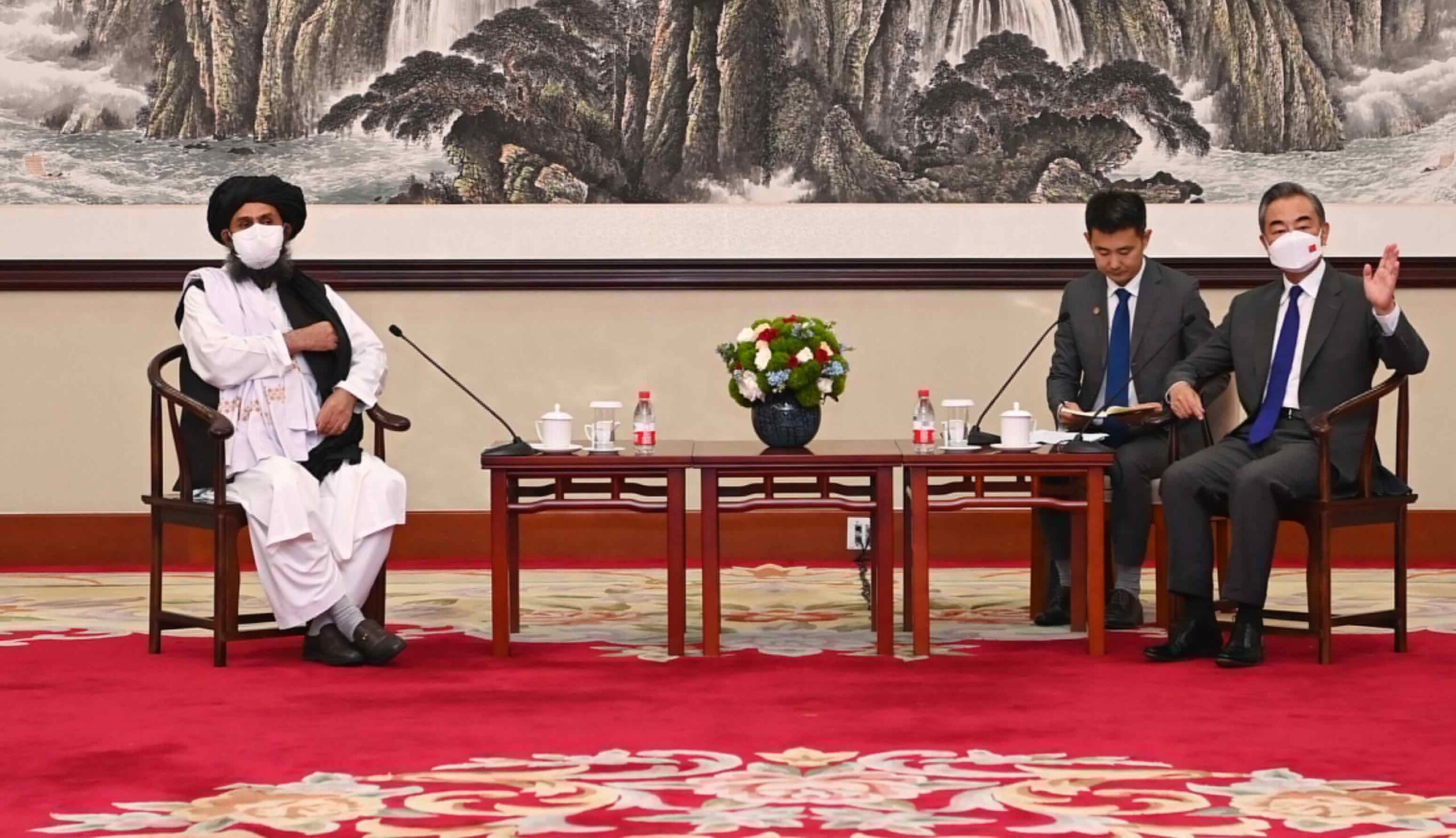 Taliban’s increasing successes in capturing key provincial capitals, especially in resource-rich North Afghanistan, and its recent bonhomie with China has raised the spectre of a much greater role than Beijing has ever played in the war-torn country.

At the same time, the Myanmar military junta, grateful for China’s unstinted support, have cleared 15 mega-infrastructure project that Beijing wants to implement in the country.

The junta is also trying to expedite the completion of the Kyaukphyu deep sea port and special export processing zone in Myanmar’s strategic coastal state of Rakhine.

The ousted NLD government had cut down the project size of Kyaukphyu from $ 7 billion to $ 1.3 billion, fearing getting caught in the by-now-familiar Chinese debt trap.

But the generals may now deliver on Chinese bidding . Vice Senior General Soe Win, no 2 in the Burmese military hierarchy, has said recently that the Kyaukphyu project, when completed, will lead to large scale job creation in the Rakhine province. The junta has invited bids for legal services for the Kyaukphyu port and SEZ, a Sino-Myanmarese joint venture.

On the other hand, the completion of India’s Kaladan Multi-Modal Transport project through the Rakhine port of Sittwe, already suffering much cost and time overruns, has been rendered uncertain. The Rakhine insurgent group Arakan Army (AA) has disrupted this project by kidnapping construction workers and attacking barges transporting construction material.

Indian army initiated ” Operation Sunrise” to deny AA bases and arms induction routes through Mizoram but now the AA and the Burmese military junta have struck a ceasefire deal through Chinese mediation.

Beijing covertly backed AA even as it managed to keep the Burmese military in good humour by lending it total support in the face of a global outcry , first over the Rohingya atrocities and then over the Feb 1 military coup.

Kyaukphyu is crucial to the China-Myanmar Economic Corridor, an integral part of its ambitious BRI initiative. A oil-and-gas pipeline already connects Kyaukphyu with China’s Yunnan province, that will help Beijing bypass the Malacca ‘chokepoint’ and ensure seamless energy imports and Chinese exports.

To fulfil this critical geo-economic plan, Chinese diplomacy has long worked to create the appropriate political environment, managing both the Burmese military and the AA. In contrast, India turned AA into an enemy trying to oblige the military junta that is in China’s total grip.

In Mizoram chief minister Zoramthanga, India had an asset who could have covertly befriended AA, only if India had stayed  out of the Rakhine conflict. Delhi did nothing to use him.

In Afghanistan, India’s covert outreach to the Taliban has been too little, too late. Delhi’s strong support for the Ashraf Ghani government and the anti-Taliban warlords is justified by historical links .

But India’s strategic partnership with US failed both to delay its complete military withdrawl from Afghanistan or bring about any meaningful military support for the Ghani government, which now faces a total Taliban military offensive but also a brutal campaign of select assasinations.

The future of India’s popular development projects worth $3 billion so far has been rendered uncertain by the Taliban push for an outright military victory in clear violation of the peace deal at the core of the Feb 2020 Doha Accord.

The Taliban assured India safe implementation of these projects but only if Delhi refrained from military backing to the Ghani government. Caught on a thin rope , India is hard put to abandon its traditional allies in Afghanistan , even as it feels the heat of Taliban’s forward push.

Contrast this to China’s success in hosting a Taliban delegation and getting out of them a commitment of no support for the Xinjiang Muslim rebels. With Taliban taking over mineral rich areas of North Afghanistan, China’s extractive hunger will be able play out. Beijing’s growing connect to Iran and the Central Asian Republics will help it suck away much of the region’s hydrocarbon resources . With Pakistan  in China’s complete grip, even Ashraf Ghani may have to turn to China to restrain the Taliban and its Pakistani mentors.

India’s  Quad diplomacy and strategic partnership with US has not helped it in its immediate neighborhood. Modi’s “Neighborhood First’ and ‘Act East’ policies have hit huge roadblocks .

Israel embassy blast case: NIA yet to get input on 2 suspects despite Rs 10L reward

US exit from Afghanistan could be ‘sequel’ to Vietnam humiliation