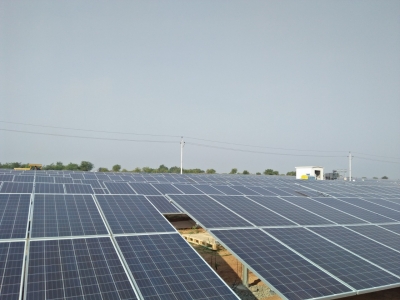 In a report HDFC Securities pointed out that proposals such as additional financial allocation under Production Linked Incentive (PLI) scheme for solar module manufacturing in India will boost the sector.

Accordingly, companies, Tata Power, L&T, Adani Enterprises, and Coal India, which plan to set up solar PV modules are expected to benefit out from this move, said the brokerage house.

Another proposal to replace existing safeguard duty with Basic Custom Duty on solar cells being increased from 20 to 25 per cent and on solar modules from 20 to 40 per cent is expected to aid the industry.

“Significant boost to domestic solar cells and module manufacturing industry will as to compete with cheaper imported solar equipment provider.”

Besides, proposal of issuing green bonds for mobilising resources for setting up green infrastructure projects in the public sector will further support the sector.

Piyush Goyal mocks ‘mini’ trade deal with US, concedes no FTA on offer

Washington: Union Commerce and Industry Minister Piyush Goyal said that India was not interested any longer in the "mini" trade deal that was once under discussion with former US President...

Shilpa Shetty to make a killing in Mamaearth IPO

New Delhi, Jan 9 (IANS) Angel investors, including Bollywood actress Shilpa Shetty, stand to make a killing in the forthcoming IPO of Mamaearth as the company is being valued at Rs...

New Delhi:  Even as the world economy is looking at recessionary trends owing to the prevailing global headwinds and fluid geopolitical situation due to the prolonging Russia-Ukraine conflict, the International...