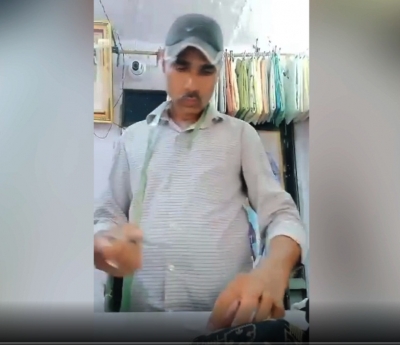 New Delhi: Muslim organisations have condemned the horrific beheading of a man in Udaipur and have said that the murder can never be justified.

Mushawarat President Navaid Hamid said, “The gruesome beheading in Udaipur is anti-Islamic and an open case of hate crime. Prophet Muhammad had never harmed any body in his entire life. Those pretending to indulge in crime because of the Prophet’s love are criminals and need harshest punishment as per the law.”

Jamiat Ulama-i-Hind too condemned the incident and its General Secretary Hakeemuddin Qasmi in a statement said, “The act is crime in the eyes of law, and our religion does not allow this.”

Many Muslim organisations have demanded exemplary punishment to the culprits.

Asaduddin Owaisi said, “I condemn the gruesome murder in Udaipur Rajasthan. There can be no justification for it. Our party’s consistent stand is to oppose such violence. No one can take law into their own hands. We demand that the state govt take strictest possible action. Rule of law must be upheld “

Leaders like Salman Khurshid too have termed the crime as heinous. “Udaipur killing most heinous and regrettable irrespective of the provocation assumed. We cannot allow our nation to be torn apart in this inhuman manner. No religion approves of killing human beings. Let us reaffirm positivity of faith,” Khurshid said. (IANS)

School shootings in US rise to highest number in 20 years: Report