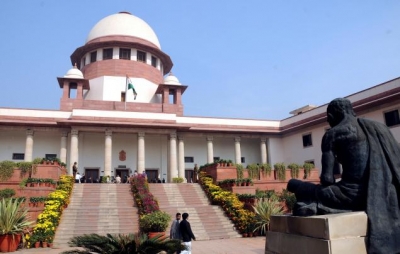 New Delhi: The Supreme Court will hear SEBIs petition, in an open court, seeking review of its August 5 judgment, which directed the market regulator to share certain documents with Reliance Industries Limited (RIL).

A bench headed by Chief Justice U.U. Lalit and comprising Justices J.K. Maheshwari and Hima Kohli said: “Considering the facts and circumstances on record and the submissions advanced in the review petition, we deem it appropriate to allow application for listing of the instant petition in open court. Let this review petition be listed in court on October 12, 2022.”

SEBI has refused to entertain RIL’s request to share the privileged documents on the grounds that under the Sebi (Settlement Proceedings) Regulations, the accused company has no right to seek information from it.

The apex court, in its judgement, had rejected this stand of the market regulator.

RIL had claimed that documents will exonerate it and its promoters from criminal prosecution initiated in a case related to the alleged irregularities in acquisition of its own shares between 1994 and 2000.

Last week, a bench headed by Justice Sanjiv Khanna had recused from hearing RIL’s petition seeking to initiate contempt proceedings against SEBI for failing to provide certain documents to the company.

On August 5, a bench led by then Chief Justice N.V. Ramana had said: “The approach of SEBI, in failing to disclose the documents, also raises concerns of transparency and fair trial. Opaqueness only propagates prejudice and partiality. Opaqueness is antithetical to transparency.”

The top court had said the market regulator should show fairness and furnish documents sought by RIL, and SEBI has a duty to act fairly, while conducting proceedings or initiating any action against the parties.

The company claimed SEBI cannot continue to resist the production of these documents and it had also sent a notice to the regulator saying if documents were not received by August 18, then it will establish that SEBI does not want to comply with the apex court’s judgment.

The complaint cited the issue of two preferential placement of non-convertible debentures in 1994.

SEBI had alleged that RIL along with Reliance Petroleum had circuitously funded the acquisition of its own shares in violation of Sections 77 and 77A of the Companies Act, 1956.