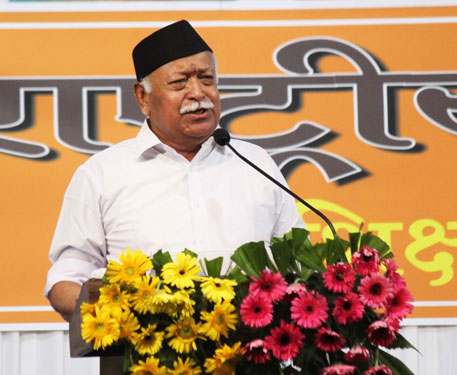 Prayagraj (UP): Rashtriya Swayamsevak Sangh (RSS) chief Mohan Bhagwat will chair the meeting of the national executive board of the outfit in Prayagraj from October 16 to 18.

This will be the third time in two years that the Sangh chief will come to Prayagraj.

Apart from the top leaders of the Sangh, the meeting will also be attended by province union leaders, province workers and province campaigners from every province.

Tripathi further informed that the meeting of the executive board of Rashtriya Swayamsevak Sangh would be held in the Vasishtha Vatsalya Public School premises at Gauhaniya of the trans-Yamuna area of the district.

Furthermore, representatives of the provinces will present an account of the welfare work done by them. Further action plan of the organisation will also be discussed during the meeting.

In message to Gehlot, three Cong spokespersons resign to campaign for Kharge