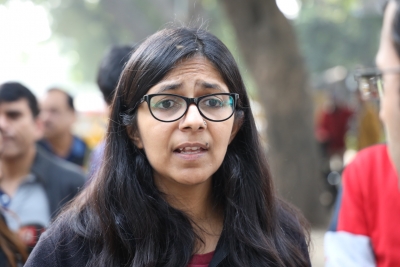 The case was registered after BJP leader and former chairperson of DCW Barkha Shukla Singh filed a complaint to Anti Corruption Branch (ACB) in 2016.

Initially, an inquiry took place on the basis of the filed complaint and an FIR was registered later.

Special Judge Dig Vinay Singh of Rouse Avenue Court framed charges against Maliwal, Promila Gupta, Sarika Chaudhary and Farheen Malick for criminal conspiracy under section 120B of the Indian Penal Code and for other offences under sections 13(1)(d), 13(1)(2) and 13(2) of Prevention of Corruption Act.

“The above-mentioned facts do create a strong suspicion that recruitments to various posts were made during the impugned tenure of the accused persons for different remunerations in an arbitrary manner, violating all Rules & Regulations in which the near & dear ones were appointed and remunerations were given to them from public exchequer,” the court said.

“The discussion as above also prima facie indicates that most of the appointments were given to the near & dear ones of the accused persons/AAP party. Thus, it cannot be claimed by the accused persons that they did not abuse their position in order to obtain pecuniary advantages for other persons i.e. the persons so appointed, or that prima facie there was no dishonest intention,” the court added.

It has been claimed by the prosecution that by appointing AAP workers and acquaintances to different posts of DCW without following due process, it has violated the legitimate right of deserving candidates.

“Promoting the interest of near & dear ones and nepotism, as revealed from the facts of this case, is also a form of corruption,” Justice Singh said.

The court said that the prima facie charge under section 13(1)(d) of PC Act would still be made out against the accused persons as it receives funds from the government even if assuming that DCW is an autonomous body.IANS