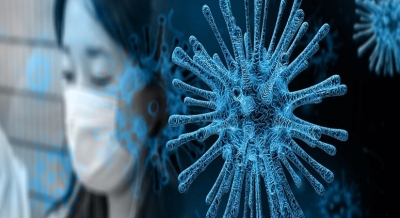 In view of the rise in coronavirus cases, the Directorate General of Civil Aviation (DGCA) on Thursday directed airlines to ensure that passengers are wearing face masks properly throughout the journey and ensure proper sensitization of the passengers through various platforms.

“In case a passenger does not comply with the directions, strict action will be taken by airlines against the passenger,” DGCA said.Also Read – Ikea Shoppers in China Panic & Escape As Security Tries to Lock Down Store Due to COVID Risk | Watch

While the country recorded a dip in cases yesterday, Delhi’s test positive rate (TPR) has touched 20%. India on Wednesday recorded 9,062 fresh infections taking its tally to 4,42,86,256. The number of active cases came down to 1,05,058, according to Union health ministry data.

100% rise in hospitalisations in national capital

Delhi has recorded a nearly two-fold rise in hospitalisations in a fortnight with a significant increase in the number of fatalities due to the infections. The admissions of patients to hospitals’ ICUs have doubled since August 1.

According to the data shared by the Delhi State Health department, the city has seen an upward trajectory for hospitalisations since August 1. From 307 Covid patients in the hospital, the figures have surged to 588 while 205 remain on oxygen support and 22 on ventilator support. ICU admissions have doubled from 98 on August 1 to 202 as of August 16.