Incorrect to generalise human rights violated due to AFSPA: NHRC chiefsome of the northeastern states. 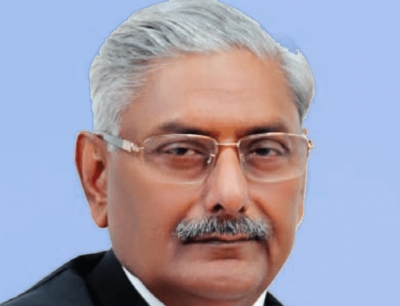 Guwahati: National Human Rights Commission (NHRC) chairperson Justice Arun Mishra on Friday said it would be wrong to generalise that human rights get violated due to the imposition of AFSPA inJustice Mishra said this while interacting with the media after a two-day public hearing on the complaints related to human rights violations in the five northeastern state.

The government should be reviewing the need for application or withdrawal of the Armed Forces Special Powers Act (AFSPA), he told the media, adding that the commission acting and directing the authorities where it finds violation by the authorities, that compensation should be paid.

In reference to the December 4 incident in which 14 people were killed and 30 injured by the security forces in the Mon district of Nagaland, the rights panel chief said that the commission had taken up the case suo-moto on the basis of media reports and issued notices to the concerned authorities.

Mishra said that the NHRC has sought a report from the Union Home Ministry and the Special Investigation Team (SIT), constituted by the Nagaland government.

He refused to make any comments on the incident and related development after the December 4 firing.

To a question on the series of encounters in Assam, the NHRC Chairperson said that all encounters cannot be fake, you cannot generalise all the encounters in the same frame.

Around 28 accused including suspected militants, have been killed and around 40 others injured in Assam since early May when police fired on them as the “accused allegedly tried to escape from custody or during operations”.

The NHRC held a two-day public hearing on 31 cases pertaining to the complaints related to human rights violations in five northeastern states — Assam, Arunachal Pradesh, Manipur, Sikkim and Nagaland and the hearing and opinion gathering were held at the Assam Administrative Staff College in Guwahati on Thursday and Friday.

The NHRC chairperson stated that humans are the best creation of God and we have the sense to think about the protection of human rights of the people which includes Right to Food, Health, Education, better environment and so on.

He said that the police carry weapons to protect the human being and not to become violators of human rights.

“A jail should be like an Ashram, where the prisoners need to be reformed, so that when they come out from the jail, they should be responsible citizens and should not indulge in criminal activities again. It is the duty of the state governments to adopt mechanisms to reform the society,” Justice Mishra said.IANS

‘Ridiculous’: Owaisi on decision to raise minimum age of marriage for women