Amidst opposition, Pinarayi Vijayan comes out with Ordinance to dilute Lokayukta powers 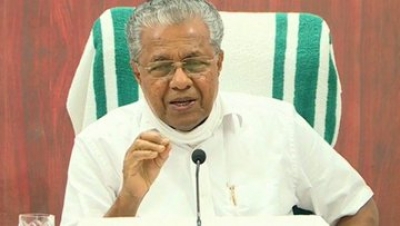 Apparently, the amendment to the Ordinance was cleared by the Vijayan cabinet, last Wednesday, when he appeared online from his hospital bed in the US taking away all its powers and leaving it a mere recommendatory body.

Terming the move the “biggest” hypocracy, former Leader of Opposition Ramesh Chennithala told the media here on Tuesday that once the Left party was in favour of a Lokpal Bill to tackle corruption besides issues of the government and others holding public office.

The Central Committee of the CPI-M for long has been batting for more powers in the Lokpal Bill.

“After every Cabinet meeting, there comes a list of the decisions taken. Last Wednesday, list contained this important decision. This is how Vijayan works. He says one thing and does just the opposite,” said Chennithala.

In 2021 April, soon after the Assembly elections, the Kerala Lokayukta ruled the then State Higher Education Minister K.T.Jaleel had violated his oath of office and had appointed his relative following which Jaleel had to quit.

“Vijayan has been accused of misutilising funds from the Chief Minister’s Distress Relief Fund and a petition is before the Lokayukta. So is my petition against Bindhu. They know that both these petitions have merit and are hence scared of an adverse remark. This is their new ploy to get away from it. We all wish that Khan does not give assent to this and moreover the Assembly session is just round the corner and the reason for this undue haste is clear,” added Chennithala.

Justice(rtd) Kemal Pasha said it has come to a situation where Vijayan acts like the erstwhile kingdom chief’s where whatever they decide is law.

“Strange things are happening under the ‘king’. His appears to be the last word and tweaking the powers of the Lokayukta is an issue of concern. Under Covid things are being taken forward and the people also are quiet,” said Pasha.

So all eyes are on Khan and the way he approaches it.IANS

A day after being named as star campaigner, RPN Singh resigns from Cong