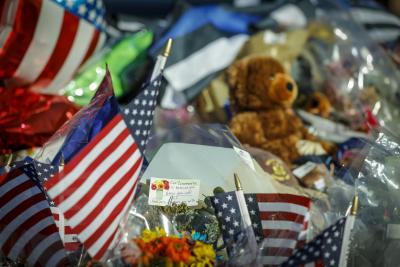 Denver,: At least five people were killed and 25 others injured when a gunman, currently in police custody, opened fire inside a gay nightclub in the US state of Colorado, authorities said.

The incident took place late Saturday night at Club Q in the city of Colorado Springs, located about an hour away from the state capital Denver.

Police received calls at 11.56 p.m. on Saturday night about an active shooter, the Colorado Springs Police Department said in a statement on Sunday.

Aldrich, who is also being treated for injuries, immediately started shooting as he entered the club with a rifle, Colorado Springs Police Chief Adrian Vasquez told a news conference on Sunday.

“Initial evidence and interviews indicate that the suspect entered Club Q and immediately began shooting at people inside as he moved further into the club.

“While the suspect was inside of the club, at least two heroic people inside the club confronted and fought with the suspect and were able to stop the suspect from continuing to kill and harm others. We owe them a great debt of thanks,” he was quoted as saying.

Two firearms were found at the scene, and the shooter is thought to have used a long rifle.

The police have not suggest a motive for the shooting but said the investigation would consider whether it was a hate crime, and if more than one person was involved.

A statement on the Club Q Facebook page thanked “the quick reactions of heroic customers that subdued the gunman and ended this hate attack”.

The club was hosting a dance party at the time, and had planned to hold a performance event on Sunday evening to celebrate Transgender Day of Remembrance, the BBC reported.

Reacting to the incident, President Joe Biden said on Sunday that “yet another community in America has been torn apart by gun violence”.

“Gun violence continues to have a devastating and particular impact on LGBTQI+ communities across our nation and threats of violence are increasing.

“Places that are supposed to be safe spaces of acceptance and celebration should never be turned into places of terror and violence… We cannot and must not tolerate hate.

“More families left with an empty chair at the table and hole in their lives that cannot be filled… When will we decide we’ve had enough?” Biden added

He urged efforts to “address the public health epidemic of gun violence in all of its forms” and “enact an assault weapons ban to get weapons of war off America’s streets”.

In a statement, Colorado Springs Mayor John Suthers called the event a tragedy.

“We are a strong community that has shown resilience in the face of hate and violence in the past, and we will do that again,” he said.

Colorado Governor Jared Polis, who is gay, praised the “brave individuals who blocked the gunman, likely saving lives in the process”.

“Colorado stands with our LGTBQ Community and everyone impacted by this tragedy as we mourn,” he wrote in a Facebook post.

In 2016, 49 people were killed and more than 50 injured in a shooting at the Pulse gay club in Orlando, Florida.

At the time it was the deadliest mass shooting in US history.

So far this year, nearly 40,000 lives have been taken by gun violence across the US, according to the latest data released by the Gun Violence Archive, a nonprofit research group. IANS