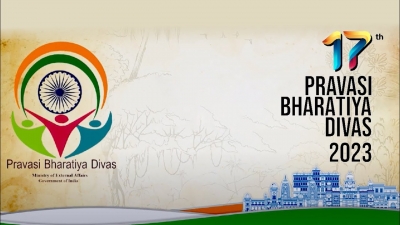 The award will be conferred by President Droupadi Murmu as part of the Pravasi Bharatiya Divas Convention, which will be held from January 8-10 in Indore.

Born to an Indo-Guyanese Muslim family, Ali took oath as Presiden in August 2020.

He will also be the chief guest at the 17th Pravasi Bharatiya Divas Convention.

Polish businessman from Goa Amit Kailash Chandra Lath, 45, who helped in the evacuation of Indian students from Ukraine into Poland when war with Russia broke out, is also a recipient of the award.

Scientist and innovator Dr Vaikuntam Iyer Lakshmanan, who moved to Canada in 1974, channeled his passion for community service through supporting organizations like Indo-Canada Chamber of Commerce and Canada-India Business Council.

He has sponsored clean drinking water systems and a mobile hospital in rural India, and received the Lifetime Achievement Award from Indo-Canadian Chamber of Commerce in 2019.

“A Jury-cum-Awards Committee, with Vice-President as the Chairman and External Affairs Minister as the Vice-Chair and other distinguished members from various walks of life considered the nominations… and unanimously selected the awardees,” a Ministry of External Affairs statement read.IANS

Lucknow: Renowned Urdu poet Wasim Barelvi was injured in a road accident in Uttar Pradesh's Hapur, police said. The 82-year-old is out of danger and is being treated at BLK...

New Delhi: Dawood Ibrahim Kaskar lives in Pakistan's Karachi and has married a Pathan woman while still being married to his first wife Mizabin Alishah Parkar, the son of Haseena...

Bharat Jodo Yatra resumes from Delhi, to enter UP today

Additional restrictions can’t be imposed on freedom of speech of lawmakers: SC