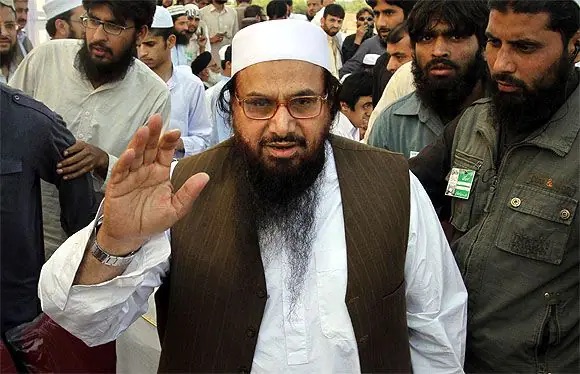 Lucknow: The All India Shia Husaini Fund members have demanded justice for the 26/11 Mumbai attack victims by hanging its mastermind, Hafiz Saeed.

Shia religious leaders and intellectuals from different parts of the country, who had gathered at Ahl-e-Bait conference here, unanimously condemned terrorism, saying that the terrorist organizations in Pakistan are enemies of both India and the Shia community.

Maulana Zaheer Abbas, who came from Mumbai to attend the conference, said, “I am a witness to the 26/11 Mumbai attack. My own son was trapped inside the Taj Hotel along with other guests. In fact, a bullet whizzed past me during the attack. Justice to the 26/11 Mumbai attack victims will be meted out, until Hafiz Saeed, its mastermind, is hanged.”

He said that in April 2012, the US had placed a bounty of US$10 million on Saeed for his role in the 2008 Mumbai attacks that killed 166 civilians.

While India officially supported the American move, there were protests against it in Pakistan.

Saeed co-founded Lashkar-e-Taiba (LeT), a Pakistan-based Islamist militant organisation that is designated as a terrorist group by the United Nations Security Council. He is listed on India’s NIA Most Wanted.

Abbas further said, “Lectures of extremists like Zakir Naik, which encourage terrorism, are anti-Islamic and anti-Quran. People like him should be banned all over the world.”

Meanwhile, Shia cleric Maulana Yasoob Abbas said, “Extremists are enemies of both humanity and education. This is why the terrorist organization Al Qaeda targeted educational institutions and school-going children in Afghanistan. ”

The Shia leaders demanded that UNO should pass a resolution against the Shia genocide in Pakistan, Afghanistan, Iraq, Syria, and Iran, and ensure the protection of Shia lives, places of worship, and shrines in these countries.