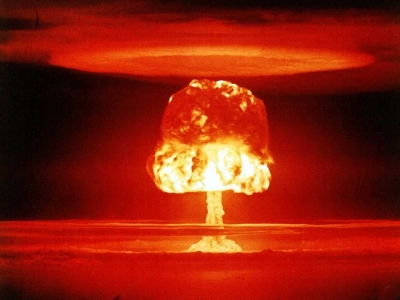 The UN has warned that North Korea is currently preparing to carry out its first nuclear test since 2017.

Construction work on an underground testing facility in the north of the country has been observed in recent months, said a confidential UN report, parts of which were made available to dpa news agency.

“Work at the Punggye-ri nuclear test site paves the way for additional nuclear tests for the development of nuclear weapons.”

Satellite imagery of the site suggests that North Korea has been repairing its network of tunnels at Punggye-ri, as well as rebuilding structures on the site that were demolished in 2018 during negotiations with the US.

According to the UN report, which covers activity over the the past few months, fissile material production capacity has also been ramped up at the country’s Yongbyon nuclear facility.

Observers have been concerned for months that following numerous missile tests by Pyongyang, North Korean’s first nuclear test in almost five years could be imminent.

The International Atomic Energy Agency (IAEA) has been highlighting activity at Punggye-ri, where North Korea conducted six nuclear test explosions between 2006 and 2017, since June.

The Pyongyang government is subject to stringent sanctions as a result of its nuclear weapons and ballistic missile programme.(IANS)