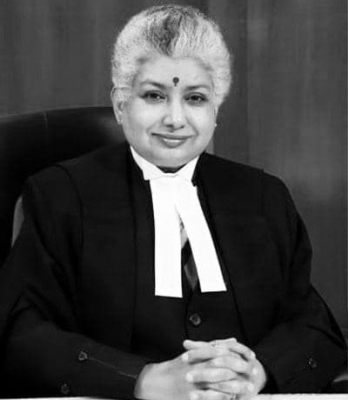 New Delhi : Supreme Court judge Justice B.V. Nagarathna, who dissented with the majority view on the Centre’s 2016 demonetisation decision, said the demonetisation of the Rs 500 and Rs 1,000 currency notes was unlawful and vitiated.

Justice Nagarathna said the objective of the Central government may have been sound, but the manner in which set objectives were achieved and the procedure followed for the same, was “not in accordance with law…”

The top court affirmed the Centre’s 2016 decision to demonetise currency notes of Rs 1,000 and Rs 500 denominations with a 4:1 majority.

In her minority judgment, Justice Nagarathna held that the demonetisation of the Rs 500 and Rs 1,000 currency notes was vitiated and unlawful.

Justice Nagarathna said: “I am of the considered view that impugned notification dated November 8, 2016…is unlawful. In the circumstances the action of demonetisation of all currency notes Rs 500 and Rs 1,000 currency notes is vitiated…”

Justice Nagarathna emphasized that she is not questioning the ‘noble objectives’ of the exercise itself, but only the legal viewpoint and status quo ante cannot be restored now since the action occurred in 2016.

She noted that there was no independent application of mind by the Reserve Bank of India (RBI), and the entire exercise was carried out in 24 hours and added that the power of the Central government being vast has to be exercised through a plenary legislation rather than by an executive act by issuance of notification.

“It is necessary that Parliament, which consists of the representatives of the people of the country, discusses the matter and thereafter, approves the matter,” she said.

She further added that the proposal originated from the Centre while the RBI’s opinion was sought and such an opinion given by the RBI cannot be construed as a recommendation under section 26(2) of the RBI Act.

Justice Nagarathna said: “Parliament is often referred to as a nation in miniature. It is the basis of democracy… Parliament, which is the centre of democracy, cannot be left aloof in a matter of such critical importance.”
IANS