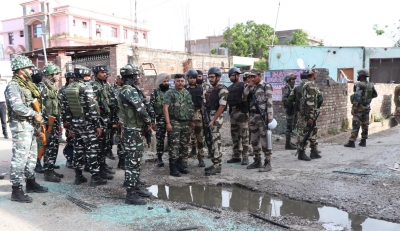 Jammu:Jammu and Kashmir government on Wednesday ordered a magisterial probe into the Sidhra encounter in Jammu district on December 28 last year in which four terrorists were killed.

Officials said assistant commissioner Jammu, Piyush Dhotra has been appointed as the magistrate to conduct the probe.

According to police, a large cache of arms and ammunition was recovered from the slain terrorists while the truck in which they were travelling on the Jammu-Srinagar national highway was completely destroyed in a fire during the encounter.

Officials said the probe has been ordered in accordance with the guidelines issued by the national human rights commission.

Anybody having any information about the encounter has been requested to come to the office of the probe officer so that a transparent and fair probe is conducted into the incident.
IANS