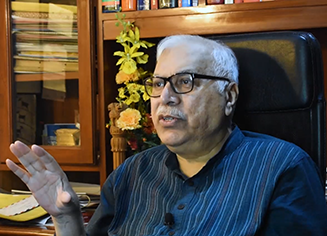 New Delhi: Insecurity is a major issue before Muslims of India today as those responsible for providing security to citizens side with breakers of law during riots and are unable to prevent hate campaign against the minority community, former chief election commissioner of India SY Qureshi said here, calling upon the Prime Minister to take effective action to put an end to this situation.

He, however, said majority of the people of this country were secular and they had always welocmed all those who came into this country.

He said the Prime Minister has remarked that ”jaan hai to hahan hai”( Secuirty of life is most important, everything comes next), so it is the duty of the Government to ensure security to all its citizens.

”How much insecurity Muslims are facing is there for all to see. It is not a figment of imagination.Courts have also commented on it. Whenever, there is attack on them, the police either remains a silent spectator or sides with rioters,” Quraishi sought to point out, adding that only after one’s life is safe can one think of contributing to other spheres of nation building.

Mr Quraishi underlined that the issue of economic security comes after secuirty of life, and there is talk of economic boycott of Muslims. This hate propganda is very active today, but despite that crores of Hindus are still secular.

Replying to a question, he said, Muslims were of course  backward socially, economically and educationally, therefore they should place great emphais on education. The country is facing unemloyment, and most of Muslim are not skilled or qualified, so not employable, so the first thing is to make themselves employable. (Click at the link below for full video interview)

Renowned cardiologist Dr Padmavati passes away at the age of 103