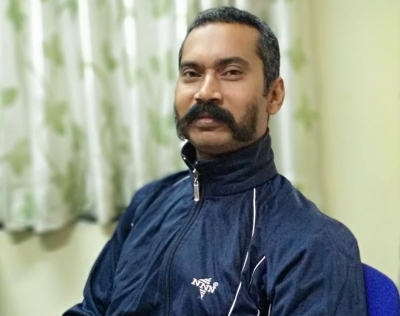 New Delhi: The Crime Branch of the Delhi Police has arrested an absconding accused from Aligarh who was involved in the murder of Head Constable Ratan Lal during the 2020 riots in north east Delhi.

The accused was identified as Mohammed Wasim alias Salman.

In the incident, over 50 policemen were injured, including Amit Sharma, the then Deputy Commissioner of Police (DCP) Shahdara and Anuj Kumar, the then ACP of Gokal Puri who also sustained grievous injuries.

In January 2020, protests against CAA/NRC were going on at the main Wazirabad Road, Chand Bagh. On February 23, 2020, the protests were continuing even as the then US President Donald Trump was in the national capital.

Senior police officials with staff were deployed to maintain law and order. In the afternoon, on the call of the organisers, protesters carrying sticks, improvised weapons, iron rods, swords, stones, petrol bombs and chemical weapons started rushing to the Wazirabad Road. The senior police officers and staff instructed them to return to the service road. But the protesters became violent and started pelting stones and petrol bombs at the police.

More than 50 police personnel were injured as they tried to pacify the protesters. Head Constable Ratan Lal, who was deployed for law and order arrangements, was killed while performing his duties.

During investigation, on the basis of analysis of CCTVs and by way of CDR locations, statements of the witnesses, the police arrested 22 accused while five absconded and were declared Proclaimed Offenders.

“Thereafter, raids were conducted at various places in Delhi, but no clue was found about the accused. Police got inputs that the Wasim was staying in a very clandestine manner in District Aligarh. Thereafter, information was developed from Aligarh and it was confirmed that the accused was working in a small factory of one, named Dilshad. After relentless efforts made by the team, accused Wasim was arrested from Aligarh,” the police said.

The accused told the police that in February 2020 he came in contact with several anti-social elements and on the day of the incident, he along with his associates, filled thinner in glass bottles and kept them in a carton on the terrace of a house. These crude bombs were thrown at the police officers during the riot. After the incident, the accused destroyed his mobile phone and did not even contact his relatives in the last two years.

Ratan Lal was passionate about working as a police officer since childhood. Born in a farming family of Shekhawati (Rajasthan), he joined Delhi Police in 1998. During the Chand Bagh protests, he used to mingle with the public in civilian clothes to make them understand that they should not resort to violence. On January 24, 2020, although HC Ratan Lal had a mild fever and despite his colleagues advising him to take rest, he joined duty in view of the grave tension in the area.

Even when the rioters turned dangerous, he helped the DCP and the ACP to pacify the crowd and control them. When the rioters attacked the police team, he put himself as a shield between them.

He succumbed to the 24 injuries he received during this attack. His selfless act saved a number of lives and he is admired as a hero of Delhi Police.