New Delhi: With the country losing a large number of human lives due to the pandemic, senior journalist Karan Thapar, in his latest article published in The Wire, has questioned the role of three experts appointed by the government as its advisors.

Thapar writes that the trio has been far less forthcoming than their international counterparts, particularly in the US and UK. Thapar says that he made several efforts to interview these experts in the series of other interviews with international experts. However, his efforts remained unsuccessful, as none of the three scientists did give him time for the interaction. Therefore, Thapar has posed a few questions to them hoping to get the answers.

In total 35 queries, including some sub questions, Thapar has tried to probe the efforts made by the scientists in alerting the authorities all this while. He wants to know whether there was any talk, in advance, about the second wave, which has exposed the healthcare system of the country. “Did they advise Prime Minister Narendra Modi and the government to expect a second wave?” Thapar asks.

Expecting the experts to take their work seriously, Thapar asks them if they advise the government that mass election rallies, huge gatherings at the Kumbh Mela and cricket matches could result in uncontrollable spread of infection and that the government must call the events off.

There are questions about the process of approval of the vaccines and what standards the India vaccines followed before being approved for the world’s largest inoculation drive. The experts have been quizzed about their stand on the foolish statements made by the politicians and where there any efforts to silence them encourage scientific thoughts.

All these questions appear vital, as the battle against the pandemic in India was lost somewhere between scientific facts and sweeping statements of which even the experts were allegedly guilty.

Lalu Prasad to stay at daughter’s home in Delhi 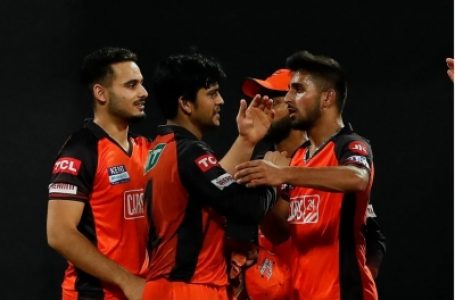