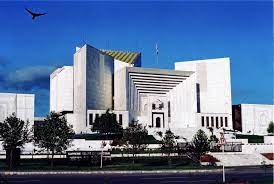 After the Supreme Court of Pakistan overturned the action of the deputy speaker Qasim Suri and subsequent dissolution of the National Assembly many international experts felt that this move might have the backing of the country’s army. To substantiate their arguments they cited the examples of the disqualification for
life of the then Prime Minister Nawaz Sharif by the five-member bench of the Supreme Court in 2017 after his name figured in Panama Papers of 2016 and the hanging of the ousted Prime Minister Zulfikar Ali Bhutto on April 4, 1979.

There is in general suspicion that the army was behind these two (and several other) court rulings. But this would amount to oversimplification of the whole chain of events in that country as there is another side of the story too. The judiciary has asserted independence on several occasions.

Perhaps there is no example in the world where the ruling military dictator had to ultimately resign after the Supreme Court of that country overruled his action against the Chief Justice. This had happened in Pakistan not long back. It so happened that President Pervez Musharraf, who came to power after overthrowing the then Prime Minister Nawaz Sharif, on October 12, 1999, asked the Chief Justice of Pakistan, Iftikar Mohammad Chaudhary on March 9, 2007 to resign.

The CJP was suspended when he refused. The all-powerful General Pervez Musharraf had then never imagined that this would lead to his ultimate ouster a year and a half later. Musharraf’s move evoked a sharp reaction from the legal fraternity, vibrant civil society groups and common masses , who took to the streets throughout the country.

In an unprecedented development on July 20 the same year a 13-member bench of the Supreme Court reinstated Justice Chaudhary. However, Musharraf did not take the things lying down. On November 3 the same year he imposed Emergency and postponed elections announced earlier. He sacked Chief Justice Chaudhary and threw him in jail. He did so fearing that the CJP would invalidate his re-election as the President of the country. Dozens of other judges, lawyers and a large number of common people were arrested.

But the struggle went on and the ousted CJP continued to get widespread support from all quarters of the society. At the same time the pro-democracy movement gathered momentum. On December 27, the chairperson of the Peoples Party of Pakistan, Benazir Bhutto, was assassinated. Musharraf was forced to announce election which took place on February 18, 2008. The PPP and Pakistan Muslim League formed the coalition government as no party could get a majority. Yousuf Raza Gilani of PPP was elected as PM.

As the anti-Musharraf sentiment grew further strong the two parties along with Awami National Party and Jamiat-ul-Ulema Islam joined hands to impeach him. The process started on August 7, but Musharraf initially did not take it seriously. However, on August 18, that is just a day before the August 19 deadline given by
the parties, Musharraf resigned and a few days later left the country.

Musharraf was succeeded by Asif Ali Zardari, the husband of late Benazir Bhutto. He got elected as the President in September. A few months later Zardari was compelled by a people’s movement to re-appoint Justice Iftikhar, who once again became the CJP on March 20, 2009.

The Supreme Court, however, did not hesitate in disqualifying the then PM Yousuf Raza Gilani (on June 29, 2012) from the post after his conviction in another case. Incidentally, the three-member bench was headed by Chief Justice Iftikhar Chaudhury.

So it would not be fully appropriate to say that the Army rulers have always used the judiciary for their own purpose. The dictators have bowed out of office because of mass movements as well. For example, Field Marshal Ayub Khan had to succumb under people’s pressure and quit in 1969.

The movement against Musharraf was the first instance in the world where the help of Internet was taken in such a massive way to muster support against a dictator. – INDIA NEWS STREAM