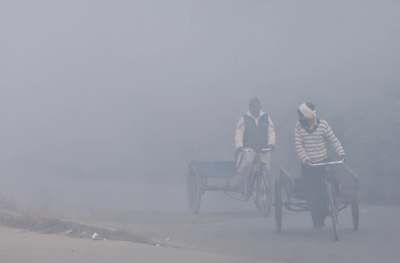 New Delhi: The national capital and the adjoining NCR have reeled under a cold wave over the past week with temperatures dipping to as low as 1.9 degree Celsius.

The India Meteorological Department on Thursday predicted that the cold wave conditions were very likely in isolated pockets over Punjab, Haryana, Chandigarh and Delhi and Rajasthan during January 15th-17th.

However, a weather expert said that the upcoming spell of cold wave in India from January 14-19 was going to be extreme 2023.

“Don’t know how to put this up but upcoming spell of Coldwave in India look really extreme during 14-19th January 2023 with peak on 16-18th, Never seen temperature ensemble going this low in a prediction model so far in my career,” tweeted Navdeep Dahiya, founder LiveWxIndia.

“Also to note this is a historic run so far in 11 days of Jan with the next few days look really cold, January 2023 can be historically coldest – maybe for the 21st century so far,” he said in another tweet.

Talking to IANS, he said that the upcoming cold wave will be like freezing. States like Punjab, Rajasthan and some pockets of Haryana will see the temperature dipping below to -4 degree Celsius, while the capital city may witness 1 degree Celsius.

Meanwhile, the IMD has said that due to the continuation of prevailing light winds and high moisture near the surface over the Indo-Gangetic plains, dense to very dense fog is likely in isolated pockets during night and morning hours over Uttar Pradesh and Bihar during the next five days.

The dense fog is likely to prevail in isolated pockets during night and morning hours over Sub-Himalayan West Bengal, Assam and Meghalaya and Tripura during the next 24 hours.
IANS

New Delhi, Dec 28 (IANS) Taking a tough stand against pollution arising out of emissions from heavily polluting fuels from various industrial, commercial and other miscellaneous applications, the Commission for...