Our inaction against climate change taking its toll 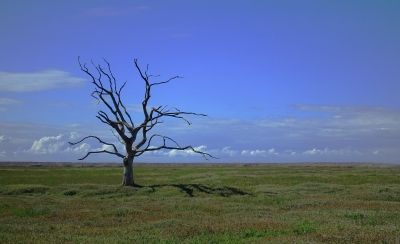 Despite the red alerts sounded by the environmentalists that that the window of opportunity to mitigate climate change is fast closing down, we are still faltering in our actions, as for us material wealth is more valuable than to act according to dharmic principles that taught us to follow the path that behold the individual and the planet. Where this will lead us? The answer is known to the Nature, which has its own method of correction which includes large destructions too.

The last decade (2010–2019) recorded the highest Greenhouse Gas (GHG) emissions in human history, according to the latest instalment of the Intergovernmental Panel on Climate Change’s (IPCC) Sixth Assessment Report, titled ‘Climate Change 2022: Mitigation of Climate Change’. It is not surprising at all. That the less developed nations will try to develop fast in this materialist world without caring for the future generations goes without saying.

The consequences are showing. South Bengal is suffering tremendous heat wave-like condition for weeks together. While it may not be a great exceptional case, what has made the whole situation alarming is the total absence of Kalbaisakhi, the seasonal thunder storm that on average should have come four to six times by now. Such erratic behaviour of the nature has been predicted by the experts, and now those predictions are fast turning into reality.

It should also be mentioned that the average annual growth in GHG emissions (1.3 percent) during the last decade was lower than the previous one (2000-2019) when it stood at 2.1 percent. Away from the jargons, it means for laymen like us that the world is still being industrialised, as it ought to be with the two very big nations China and India still developing, but the rate of industrialisation that damages the environment is slowing down. However, it is not due to our conscious actions.

Compared to the 90s of the last century, from when the environmentalist were drawing our attention towards the impending calamity and no one was paying any heed to, the situation has deteriorated remarkably due to population growth and rising per capita GDP (Gross Domestic Product) of the world. Ironically, Covid-19 and ensuing lockdowns gave the planet a scope of cooling off, but whether that could improve the situation or not will be known in the future.

The onus is on us, both at the governmental and individual level, whether we shall try to protect the lives of our future generations, or leave them in uncertainty. With each passing day the calamity is approaching us, and it will overwhelm us in fifty years from now. We can still fight it at macro and micro levels, but the fight needs to be uncompromising.

First about the macro level. Among all the sectors of the economy, the energy sector bears the responsibility of the highest share of GHG emissions (34 percent). Then comes industry (24 percent), followed by agriculture, forestry and land use (22 percent), transport (15 percent), and buildings (5.6 percent). The experts say that adding of indirect emissions from energy raises industry’s share to about 34 percent, and that of buildings to about 17 percent. For the industry and the transport the rate is still increasing.

Now, if we were really serious, we could have started working on our common survival, rather the survival of our children, grandchildren, great and great great grandchildren, by now. Our agenda would have included transfer of technology and money from those who have it to the have-nots so that industry, transport and agriculture could be made less harmful to the environment. If we start doing it from today, much can be recovered.

But the politicians all over the world, and of course of our country, are mostly ignorant and self-seekers. They can think in four or five or six-year terms of their elections, and for them four, five or six decades simply do not exist. So, they can be forced to act long-term if only the electorate make it mandatory for them. But we too are not aware of the impending doom.

Increase in aggregate demand for commodities, thereby causing more emission, is caused by two reasons: the need to increase incomes for achieving a decent standard of living, and secondly, pursuit of untenable prosperity. These two factors are driving the climate change due to increasing levels of CO2 emissions. While we cannot cut down on the first, definitely we can for the second.

In this regard, we may keep in mind that households belonging to the top income bracket are at the root of 36–45 percent of global GHG emissions, while those belonging to the middle and the poorest income groups in emerging economies cause 5–15 times less damage.

At the individual level, according to the reports, we can contribute to protect the environment by avoiding air travel unless absolutely necessary, by adopting low carbon mobility options like walking, cycling, using electric vehicles and public transit, shifting as far possible to plant-based diets, using solar power and so on. If we are concerned about our future generations, we must try all these, for it can have meaningful contribution.

But, history shows, we will not learn, we will remain ignorant, and let the doom engulf the lives of those dear ones who are much younger to us. – India News Steam

As runs dry up for Virat, does he needs a break?