Rashmika does it again, trolled for comments on South cinema music 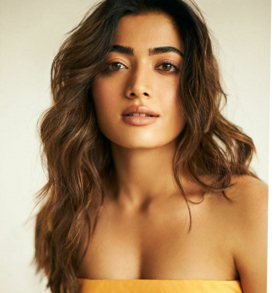 Bengaluru: Rashmika Mandanna is being trolled once again for “forgetting and looking down upon her roots.” It come days after she invited the ire of netizens for showing no gratitude for the production house that gave her a break in Kannada cinema.

The ‘Pushpa’ star, whose Hindi movie ‘Mission Majnu’ with Siddharth Malhotra is releasing soon, stated during the film’s promotions that in Bollywood, romantic songs have a tradition, whereas in the south, there are only masala songs and item numbers.

“In the south we have all mass masala songs, item numbers and dance numbers. This is my first Bollywood romantic song from the film ‘Mission Majnu’. I am excited because it’s so good and I am waiting for you all to listen to it,” Rashmika continued.

Rashmika earlier landed into a controversy by expressing aversion to the production house that launched her through the Kannada movie ‘Kirik Party’, which was directed by Rishab Shetty, now famous because of ‘Kantara’. She played the female lead opposite Rishab’s good friend, Rakshit Shetty, who has been in the news this year because of his film ‘777 Charlie’.

She did not tweet or comment on ‘Kantara’ and even stated that she didn’t watch the movie, when every other celebrity from the Indian film industry showered praise on it.

The Kannada film industry has already banned her and now fans are demanding that similar action must be taken against her by Tollywood because she doesn’t “respect her roots”. They point out that she owes her national reputation to the Telugu film industry. – IANS

Siddharth pens down details of ‘harassment’ faced at Madurai airport