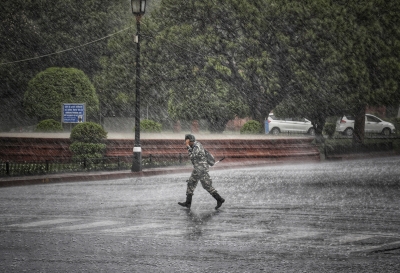 New Delhi: The people of the national capital woke up to a cloudy sky and light showers on Sunday with a minimum temperature of 24.5 degrees Celsius being recorded at the Safdarjung observatory.

The India Meteorological Department (IMD) has predicted a generally cloudy sky with one or two spells of rain or thundershowers.

In the past 24 hours, the city received 1 mm of rainfall while the maximum temperature was recorded at 32.7 degrees Celsius, seven notches below the season’s normal.

The maximum temperature Sunday is likely to hover around 32 degree Celsius.

Meanwhile, the System of Air Quality and Weather Forecasting And Research (SAFAR) said the Air Quality Index (AQI) in the city was 82 for PM10 and 36 for PM2.5. As both the particulate matters were at a satisfactory level, the department said “no precautionary action was required”.

Notably, Delhi has 36 monitoring stations that accurately record the levels of both particulate matters.

Why BJP cadres failed to protect party’s offices, leaders from being targeted by army aspirants in Bihar