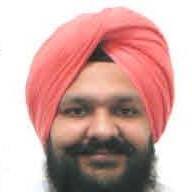 New Delhi: In the aftermath of COVID19, Australia-China ties have witnessed a significant deterioration (though serious cracks had begun to emerge even before the outbreak after Australia banned Huawei from participating in its 5G network).

China had also issued an advisory to students and tourists in June 2020, saying that Chinese citizens should avoid travelling to Australia, much to the chagrin of Canberra. The education ministry of China had issued an advisory saying that Australia was not safe given the rising racism in the country, as well as the poor handling of the pandemic by Australia, said the Ministry of Education in its advisory:

‘During the epidemic, there were multiple discriminatory incidents against Asians in Australia’. The Ministry in its advisory also said that the Covid-19 pandemic had not been tackled properly, and this posed a risk to students.

The Ministry of Culture and Tourism, China also issued an advisory to Chinese tourists to refrain from travelling to Australia, not merely on account of the spread of the Covid19 pandemic in Australia, but also on increasing racist attacks – especially against Chinese students – in the aftermath of the pandemic.

Chinese students and tourists and the Australian economy

Students from China account for a whopping 28% of the total International Student Community. Chinese students, according to estimates, account for 0.6% of Australia’s gross domestic product (GDP). According to forecasts, Australia could lose up to 12 Bln AUD (8.3 Billion USD) if there is a drop in the enrollment of Chinese students in Australian universities.

Given Australia’s close economic linkages with China, sections of the Australian business community, including Billionaire miner Andrew Forrest and Seven Network chairman Kerry Stokes, warned the Australian government against adopting an excessively belligerent stance vis-à-vis Beijing. Australia’s former Trade Commissioner to China, Michael Clifton, had also urged the government to be prudent, and batted fervently in favor of adopting a pragmatic stance with regard to economic relations with China. Clifton had also argued, that the business community of Australia needed to speak out more, and was not doing so out of fear of being dubbed as Pro-China.

Turnbull warned businesses and academia, that if Australia kowtowed to Beijing because of economic compulsions, Beijing would arm twist Canberra further.

According to estimates, the strains in bilateral ties between both countries have taken a toll on the economic relationship (according to figures Australian exports to China declined 17%).

In a high-level meeting, Australian representatives made it clear to the US, that they would adopt an independent stance vis-à-vis Beijing and that Canberra would give precedence to its own national interest. During the Australia-US Ministerial consultations (AUSMIN) in July 2020, Australian Foreign Minister, Marise Payne and Defense Minister, Linda Reynolds told their their US counterparts, Secretary of State, Mike Pompeo and Defence Secretary, Mark Esper in no uncertain terms that Australia’s relationship with China is important.

The ruling Scott Morrison administration is likely to pass a legislation, through which agreements signed between states, local governments and universities with foreign nations (130 agreements with 30 countries could be scrutinized)

Australia’s Federal government has not been particularly happy, with the state of Victoria’s MOU with Beijing for joining the Belt and Road Initiative Project (BRI). Canberra is likely to scrap this agreement.

Prime Minister Morrison while commenting on the aims and objective of the new policy stated:”Where any foreign government seeks to undermine the sovereignty of Australia’s foreign policy by seeking to do deals with subnational governments, Australia needs to protect itself from that.”

Interestingly in February 2020, US Secretary of State, Mike Pompeo had warned US governors to be cautious with regard to cooperation with China. Pompeo had said that Beijing would try to exploit differences between Washington DC and US states to the fullest.

Beijing-Canberra ties have soured, though efforts have been made by both sides have sought to reduce tensions. Chinese Ambassador to Australia, Wang Xining, stated that if the two countries cooperated they could serve as a classical instance of ‘comparative advantage’.

Sub-national linkages and education have been an important component of Australia’s linkages with China, and this is important. What is clearly evident from the Morrison government’s skepticism with regard to ties between Australian states, local governments and even Universities with China is that ‘Soft Power’ linkages will be impacted significantly to the increasing strains between China and a number of countries – in the aftermath of the Covid19 pandemic.

India should resist aligning with the US on China: Frank Islam